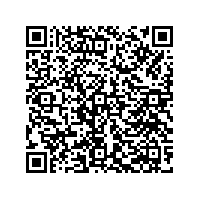 The Grammer Group, a leading international supplier of passenger vehicle interior components and seats for commercial vehicles, continued its extremely favorable performance in the first quarter of 2017. According to provisional figures, Group revenue rose by 7.5 percent in the first three months of 2017 to EUR 458.0 million (Q1 2016: 425.9) and was thus substantially up on the previous year. The successful start to 2017 is also reflected in the EBIT of EUR 22.5 million (Q1 2016: 14.8), which exceeded the previous year by 52.0 percent. This was accompanied by a 1.4 %-points higher EBIT margin of 4.9 percent (Q1 2016: 3.5). This sharp increase in earnings was particularly underpinned by the ongoing and effective measures aimed at optimizing fixed costs and process structures. At 5.0 percent, the operating EBIT margin (adjusted for currency-translation effects) has already reached the full-year target for 2017 and thus matches our expectations of a further sustained increase in enterprise value.

Both divisions contributed to the substantial increase in revenue and profitability. In the Automotive Division, revenue rose by 6.1 percent to EUR 335.5 million (Q1 2016: 316.1), with the Americas and Asia/Pacific (APAC) reporting substantially above-average growth. Revenue in the Commercial Vehicles Division (previously known as the Seating Systems Division) grew by 9.8 percent to EUR 134.0 million (Q1 2016: 122.0). Here, the truck segment in particular also posted slight growth again in Brazil and China.

"We are pleased that 2017 continues where 2016 left off in terms of our very favorable business performance. As announced, we were particularly able to significantly boost the Grammer Group's profitability. We want to continue this successful strategy in the interests of our employees, all shareholders and our customers," said Hartmut Müller, Chief Executive Officer of Grammer AG.

Several major automotive OEMs are observing with great concern the Hastor family's investment in Grammer AG and its plans to exert influence on the Company. For this reason, they have made it clear in direct talks, in consultations with political representatives and trade unions as well as in the press that they will be reviewing and reassessing their business relations with Grammer. In the Automotive Division we have noted palpable restraint on the part of our customers in the award of new contracts. Consequently, order intake for new and future projects in the Automotive Division is coming under appreciable strain from the recent developments in Grammer AG's shareholder structure, resulting in a decline in new orders for the first time since the end of the financial and economic crisis in 2010.

This situation could worsen if the Hastor family manages to gain control at the upcoming Annual General Meeting and continues its activities as OEMs could decide to discontinue placing orders with the Grammer Group in the future. This would pose a substantial risk to the order situation and, hence, the Company's future viability.

At this stage, it is not possible for the Company to assess possible consequences arising from recent changes in the shareholder structure and potential changes in Grammer AG's control and management bodies conclusively. Accordingly, these are not factored into the current outlook for 2017.

This places the Grammer Group firmly in its target corridor for 2017 with a further sustained increase in revenue to over EUR 2.2 billion and an EBIT margin of around seven percent in 2021.

Grammer AG's Annual General Meeting will be taking place on May 24, 2017 at the Amberg Congress Center. The Supervisory Board and the Executive Board of Grammer AG urge all shareholders to take part in the Annual General Meeting and ask them for their continued support for the successful course of the last few years by rejecting the motions announced by the two entities controlled by the Hastor family, Halog and Cascade.

Further information on the Annual General Meeting can be found on the Company's website at:
https://www.grammer.com/investor-relations/hauptversammlung/2017.html

Located in Amberg, Germany, Grammer AG specializes in the development and production of components and systems for automotive interiors as well as suspension driver and passenger seats for onroad and offroad vehicles. In the Automotive Division, we supply headrests, armrests, center console systems and high-quality interior components and operating systems to premium automakers and automotive system suppliers. The Seating Systems Division comprises seats for the truck and offroad seat segments (tractors, construction machinery, forklifts) as well as train and bus seats. With over 12,000 employees, Grammer operates in 19 countries around the world. Grammer shares are listed in the SDAX and traded on the Frankfurt and Munich stock exchanges via the electronic trading system Xetra.

In our anniversary year: HARTING Technology Group holds its own