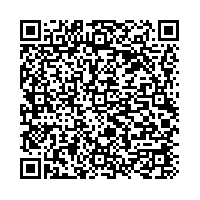 (PresseBox) ( London, UK, 13-04-15 )
The Global Certification Forum, GCF, today has initiated a search for a new Operations Manager following the decision of Dr Adriana Nugter to step down from the role on July 1. Adriana will continue to oversee operations of GCF until her successor is appointed and will also provide support, as required, until the end of the year to facilitate the transition.

It was Adriana's initiative, while Chair of the GSM Association, which led to the establishment of the 'test once, use anywhere' certification scheme for wireless devices in 1999. The program was devised to establish a benchmark for interoperability between GSM mobile phones and networks in anticipation of the abolition of national type approval schemes within the Single European market.

As the scope of GCF has expanded to embrace 3G, HSPA and LTE, recognition and use of the scheme has spread around the world. Today, the membership of over 200 companies includes more than 50 device manufacturers and 116 operators, among them the leading operator groups from China, Europe, Japan, Korea, and the USA. The number of device certifications has increased from 12 in 2000 to 430 in 2012.

In 2008, Adriana managed the legal separation of GCF from the GSMA Association and its incorporation as a company limited by guarantee. As the first Operations Manager of the independent organisation, she has supported the Board and the membership in defining, refining and executing GCF's strategy and in building relationships with increasingly diverse industry organisations promoting the use of GCF in fields such as M2M, mHealth, automotive and contactless transactions.

Nick Baustert, Chairman of the Board of Global Certification Forum (GCF) Ltd, said, "Thanks to Adriana's strategic leadership and adept management, GCF is in great shape. The fundamental importance of certification for interoperability is increasingly widely recognised across the ever-expanding wireless eco-system."

Juergen Meyer, Chair of GCF's Steering Group, said, "The smooth running of the GCF organisation by Adriana has allowed members to focus on the technical work required to ensure Certification remains in sync with the latest wireless technologies and the needs of the global marketplace."

Steering Group Vice-Chair Colin Hamling said, "The ability to consider the relationships between corporate governance and operational issues is an essential skill for the Operations Manager of an industry organisation such as GCF. Adriana has exercised vision and great judgement in fulfilling the role."

"After an enjoyable and rewarding five years as GCF's OM, I feel it is time for a change," said Adriana. "I am looking forward to sharing my knowledge, experience and global network to assist other clients and organisations. Wireless is an exciting industry to be involved in! I am very grateful to GCF's Directors, member representatives and the GCF Office as well as colleagues from partner organisations around the world for their support and commitment to elevate GCF Certification to its current standing."

Global Certification Forum - GCF - is an active partnership between network operators, device manufacturers and the test industry. Since its inception in 1999, GCF has created an independent certification programme to help ensure global interoperability between mobile devices and networks. By providing the focal point for the world's most experienced practitioners in conformance testing, field trials and certification, GCF establishes best practice for the certification of mobile phones and the ever-expanding range of devices that incorporate wireless broadband connectivity. During 2012, 430 different 3GPP mobile phone, wireless modem and connected device models were GCF Certified.