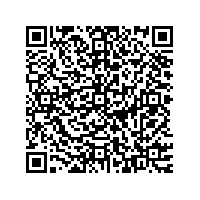 Subscribe to news
(PresseBox) ( Evry, 15-07-22 )
Global Bioenergies (Alternext Paris: ALGBE) today announces that its Bio-Isobutene process, first developed with glucose as a resource, is now adapted for the use of sucrose, the main component of sugar cane and sugar beet. The adaptation of the process to sucrose was one the first technical milestones set as part of "IBN-One", the Joint-Venture between Global Bioenergies and Cristal Union. The objective is to build and operate the first full-scale Bio-Isobutene commercial plant to convert sugar beets into 50,000 tonnes bio-isobutene by 2018.

Global Bioenergies develops since 2008 an innovative process to convert renewable resources into isobutene, a molecule central to the petrochemical industry with applications in fuels and materials. Whereas 15 million tonnes of isobutene are produced annually from fossil oil, Global Bioenergies develops a process to produce renewable isobutene from glucose. Glucose is an industrial resource derived from cereals (corn, wheat) or tubers (potatoes, cassava).

Sugar beet and sugar cane contain another sugar molecule called sucrose, also known as saccharose. Whereas yeasts naturally utilize sucrose, bacteria such as Escherichia coli mainly consume glucose. Global Bioenergies' isobutene process is based on Escherichia coli a platform microorganism for synthetic biology, also known for its industrial robustness. The Company's main focus was to implement an isobutene production pathway into the microbe. It now also develops new biological modules aiming at diversifying the resources compatible with the process.

Global Bioenergies and Cristal Union partnered in a Joint Venture (IBN-One) to build and operate the first full-scale bio-isobutene commercial plant. The plant targets the conversion of sugar beet-derived sucrose into 50,000 tonnes of bio-isobutene annually. Developing an isobutene production strain that consumes sucrose was therefore a key technological milestone.

Frédéric Pâques, COO of Global Bioenergies, states: "It is the first time that isobutene, a key hydrocarbon used in fuels and materials and traditional extracted from fossil oil, is produced from sugar beet-derived sucrose by fermentation."

Xavier Astolfi, deputy CEO of Cristal Union, adds: "This result brings IBN-One, our joint-venture with Global Bioenergies, one step closer to commercial production expected in 2018. The plant should then benefit from the end of the European sugar quotas system."

Marc Delcourt, CEO of Global Bioenergies, concludes: "Detaining a robust sucrose-utilizing strain is a crucial step forward in the company's efforts to diversify its accessible feedstock. This is key to ensure global deployment of the technology. Whereas glucose is the major North-American feedstock, sucrose is abundant in Europe and South-America."

Global Bioenergies is one of the few companies worldwide, and the only one in Europe, that is developing a process to convert renewable resources into hydrocarbons through fermentation. The Company initially focused its efforts on the production of isobutene, one of the most important petrochemical building blocks that can be converted into fuels, plastics, organic glass and elastomers. Global Bioenergies continues to improve the performances of its process, operates its industrial pilot, has begun the construction of its demo plant in Germany, and prepares the first full-scale plant through a Joint-Venture with Cristal Union, named IBN-One The company also replicated its achievement to propylene and butadiene, two members of the gaseous olefins family, key molecules at the heart of petrochemical industry. Global Bioenergies is listed on Alternext, Euronext Paris (FR0011052257 - ALGBE).