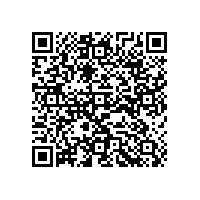 GK SOFTWARE AG, a European technology leader in the development and provision of standard software solutions for the retail industry, also continued its dynamic, on-track growth in the first half of 2008. According to final figures, the software company increased its revenues by 45.5% compared to H1 2007 to EUR 7.69 million. At the same time, EBIT lifted by 80.5% to EUR 1.52 million, with the EBIT margin climbing to 21.5% in terms of total operating revenue (previous year:
16.2%).

The significant improvement in revenues and earnings was due to factors including the broader customer base and the successful implementation of several major projects. For example, the company finished the roll-out of its project for "Depot", a new customer from 2007. In addition, the existing client relationships have been intensified and expanded.

Rainer Gläß, GK SOFTWARE AG's CEO and founder is very pleased with the results from the first half of the year. "Our growth is really on track! We plan to increase our customer base still further in future and successfully execute new projects in Germany and abroad. We have created the foundations we need in this regard by going public."

The Managing Board is thus forecasting substantially double-digit growth rates for revenues and earnings in 2008. Profitability is also to expected at a continued high level. The positive outlook is based on factors including the recently acquired major orders, for example for the luxury goods manufacturer ESCADA, the key international project for Coop (Switzerland) and new small and medium business customers. These orders will already be reflected in income in the second half of 2008 and will also form a solid basis for the planned dynamic growth in 2009.

The full six-month report will be published today on GK SOFTWARE AG's Web site in the Investor Relations section.

GK SOFTWARE AG is a European technology leader in the development and provision of standard software solutions for the retail industry. It supplies an end-to-end range of products for retail stores and company headquarters. The open and platform-independent software solutions of the GK/Retail Suite, which are fully programmed in JAVA, have allowed the company to establish itself on the market as a technology and innovation leader. The software allows retail chains to optimize their company's organization and to create significant potential for cost savings as well as to realize customer loyalty potential in order to increase competitiveness. The key features of the solutions are: international applicability, consistent use of open standards and SOA (Service Oriented Architecture) capability. As GK/Retail is genuine standard software, parameters can be used to make the necessary adjustments to meet most customer requirements. This reduces the programming effort and allows rapid project completion. At the same time, solutions for customers remain releasable and new functions can be introduced by a release change. A key component of the modular software is also the StoreWeaver integration platform, which connects all the subsystems in a retail store and also provides a powerful interface for enterprise systems such as ERP or CRM solutions.

The company employs 169 employees (as of June 30, 2008) at its headquarters in Schöneck and at three other business locations: Berlin, Pilsen in the Czech Republic and Basel/Riehen in Switzerland. GK SOFTWARE AG can list well-known German retail stores among its customers which include, for example, Galeria Kaufhof, Parfümerie Douglas, EDEKA Hannover-Minden, Lidl, Netto Markendiscount and Tchibo, as well as its first international customer Coop, headquartered in Switzerland. The company's software solutions are being used in approximately 12,000 retail stores in over 50,000 installations in currently 22 countries worldwide. The company has grown quickly over the past few years and its revenues reached EUR 10.75 million in 2007. The company's EBIT amounted to EUR 2.33 million (EBIT margin on total operating revenue of 20.0%). Since 1990, the two founders and Executive Board members, Rainer Gläß (CEO) and Stephan Kronmüller (CTO), together with the Executive Board members Ronald Scholz (COO) and André Hergert
(CFO) have grown GK SOFTWARE AG to become a fast-growing, profitable company.