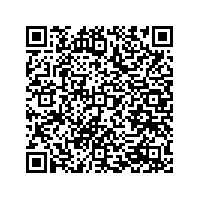 Record global demand for smartphones and wearables in first half 2017

Subscribe to news
(PresseBox) ( Nürnberg, 17-08-30 )
Smartphones are again the powerhouse in the area of technical consumer goods. In addition to a new record in global demand for smartphones in the first half of 2017, the average selling price (ASP) also increased. These are GfK's findings for the global telecom market on the occasion of IFA 2017 in Berlin.

GfK data shows that, between January and June of 2017, 700 million smartphones were sold worldwide. This represents an increase of five percent year-on-year compared to the same period in 2016, while sales value grew even further, at twelve percent. This is mostly due to a higher average selling price (ASP) paid by consumers, which climbed seven percent to €287 euro on a global level.

The strongest demand was observed in Emerging Asia (up 16 percent), Central and Eastern Europe (up 11 percent), and Latin America (up 11 percent). The growth in these regions more than compensated for the stagnation in the more saturated markets of Western Europe, Developed Asia, and North America.

Smartphones: Consumers get more performance for their money

Today, consumers on average spend a higher amount for a smartphone than they did one year ago. However, a clear improvement in device specifications means those who went for the latest devices still received value for their money. These improvements include larger screens, more storage capacity and processing power, longer battery life time, as well as features such as IP certification for water and shock protection, and superfast charging. The camera function also enjoyed significant improvement across most models. Consumers benefit from video recordings in 4K quality, a dual camera at the rear side, and increasingly better resolution of the selfie camera on the front. As a consequence, despite the seven percent rise in ASP globally, consumers have better value for money today than in the past.

On the other hand, under the influence of the smartphone boom, global demand for traditional feature phones fell by eight percent to 191 million units in the first half of this year. Adding the two together, total sales of mobile handhelds (smartphones and feature phones) were up by two percent.

Demand for wearables in Western Europe increased by 22 percent year-on-year in the period from January to June 2017. In terms of sales value, the market grew by 33 percent. This compares to Asia, which saw an increase of 21 percent in unit sales and 26 percent in sales value.

In this same period, Smartwatches accounted for 31 percent of the sales volume of all wearables sold in Western Europe, making up 50 percent of its revenue. So in terms of value, this category is by far the leading sub-segment. Compared to first half 2016, smartwatch sales grew 33 percent in Western Europe, and 18 percent in Asia. The offer and competition in this product category are steadily increasing, as growing number of vendors from the sports and fashion industry is entering the smartwatch market.

Fitness trackers still make up the largest portion in volume of wearables, with one out of two wearables sold in Western Europe being a fitness tracker. However, growth rates in the European market came in slightly under the product group average, standing at 20 percent for unit sales and 27 percent for sales value. The average selling price did achieve an increase of six percent to reach €99.

Connected watches are most similar to conventional watches and are increasingly offered by manufacturers of traditional wristwatches. Demand in Western Europe increased by 104 percent year-on-year in the first half of 2017, while sales value increased by 109 percent. Still their share within wearables overall is small, standing below two percent, but is expected to grow notably in the mid-term.

Locators are especially popular with consumers in Asia, where every fifth wearable device sold is a locator. In Western Europe the segment has yet to attract much interest.

Earables, which are headphones with special sensors, are currently establishing themselves as a new category within the wearables product group. In Asia in particular, this segment has doubled its share to reach four percent of the area’s wearables market, due to increased demand and a rise in sales of over 100 percent. In Western Europe, the segment has had a slower start, but managed to grow its share of less than one percent in the first half of 2016 to three percent in the first half of 2017.

Besides wearables, VR headsets and VR head-mounted displays are also contributing to the increase in spend within Europe for mobile devices. VR headsets require the addition of a suitable smartphone for use, and are therefore relatively simple and affordable with an average selling price of €33. Head-mounted displays are significantly more expensive with an average selling price of €445. They offer the advantage, however, of being able to directly access VR contents through their integrated display without having to connect to a smartphone (for example on a computer or games console).

The overall market for VR glasses has shown especially dynamic growth, starting from a very low baseline. This was particularly evident in the fourth quarter of 2016, thanks to long-anticipated product releases. In the first half of 2017, revenue was €110 million, corresponding to sales of 893,000 devices. The highest demand within Europe was observed in Great Britain, which accounted for 26 percent of the total sales volume for Western Europe, followed by France and Germany, standing at 23 percent and 16 percent respectively.

As part of its Telecom trade panel, GfK regularly collects data in more than 75 countries on sales of cellular and landline telephones, tablet computers, cellular broadband sticks, mobile accessories, radio equipment, wearable devices and telephone tariffs. The analysis presented here is based on information on global trends in the cellphone market for the first half of 2017. Emerging Asia includes India, Cambodia, Malaysia, the Philippines, Thailand and Vietnam.

The GfK Info Point at the IFA press center provides all the information published by GfK during IFA.


Come and chat with our experts in the GfK office at the IFA (VIP Room 2, Großer Stern).

On the occasion of IFA 2017, GfK will be publishing press releases relating to the sectors IT, TV, Smartphone & Wearables, Audio, Small Domestic Appliances and Major Domestic Appliances. All information is available here: http://www.gfk.com/de/presse/press-releases/.