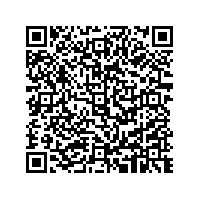 Subscribe to news
(PresseBox) ( Nürnberg, 08-06-03 )
The Management Board of GfK and the TNS Board are pleased to announce that they have agreed on the terms of a merger of equals (the "Merger") to create a new, major market information group, to be named GfK-TNS plc ("GfK-TNS").

GfK and TNS believe that the Merger will deliver significant value to both GfK's and TNS' shareholders through enhanced business opportunities and substantial operating efficiencies.

Both GfK and TNS achieved over 5 per cent. underlying organic revenue growth in the first quarter of 2008. At the end of April 2008, the order books of both companies were significantly ahead of the previous year.

GfK and TNS, two global leaders in market information and insight, have a shared vision and strategy to provide knowledge and insight that help clients to make better business decisions.

The new group, GfK-TNS, will be better positioned to meet client needs in an increasingly global and digital environment. GfK-TNS will provide a new sector-led approach for clients, integrating syndicated and custom services, based on:
- a compelling offering in syndicated services;
- the world's most extensive custom research network with a complementary geographic fit, a leading position in all the major markets and a strong position in the fast-growing emerging markets, where GfK's strength in Central and Eastern Europe is complemented by TNS' excellent coverage of Asia Pacific;

GfK and TNS believe that the Merger will create significant opportunities to generate additional revenues and accelerate revenue growth by:
- rolling-out existing products and services across the extended network;
- leveraging their complementary client bases;
- creating new services from shared expertise; and
- integrating the business' offering to provide more advisory services delivering better understanding of the relationship between consumer attitudes and behaviour.

The annual pre-tax benefits through cost reduction are expected to be at least €97 million (£76 million) by the end of the third full year following Completion, with related non- recurring costs to achieve such reductions expected to be around €120 million (£94 million). Further details are set out in the Merger Benefits Reports contained in Appendices D and E inclusive.

Explanation of the sources of the Merger benefits and basis of preparation is contained in Appendix F.

Following the Merger, the Management Board of GfK and the TNS Directors expect the Merger to be earnings enhancing, before goodwill and purchase price amortisation charges and restructuring costs, from the first full year.

This statement regarding earnings enhancement is not a profit forecast and should not be interpreted to mean that GfK-TNS' future earnings per share will necessarily match or exceed the historical published earnings per share of TNS or GfK.

Following the Merger, the GfK-TNS Board will be chaired by Hajo Riesenbeck. Donald Brydon will become the Senior Independent Director.

GfK-TNS will have operations in 111 countries. It will have its global head office in London, and the German head office in Nürnberg where the Enlarged Group will have significant business operations. Further, a central head office function of GfK-TNS will be maintained in Nürnberg.
In 2007, the Enlarged Group would have had combined revenues of €2.7 billion (£1.9 billion), Adjusted EBITDA of €388.5 million(£265.8 million) and Adjusted Operating Income of €319.1 million (£218.4 million). On a combined basis, the Adjusted Operating Margin would have been 11.7 per cent. The Management Board of GfK and the TNS Directors have an objective to reach an Adjusted Operating Margin for the Enlarged Group in the medium term of beyond 15 per cent. Accounting policy differences mean that the pro-forma financial information for the Enlarged Group may, when published in the Circular and Prospectus, be different to the information provided in this announcement. The basis for the foreign exchange rates used is set out in Appendix C of this announcement.

Key terms of the Merger of Equals GfK-TNS will be created through a merger of equals of GfK and TNS, to be effected by way of a public exchange offer pursuant to sections 29(1) and 34 of the German Securities Acquisition and Takeover Act(Wertpapiererwerbs- und Übernahmegesetz) by TNS for GfK, with the consideration being the issue of 11.74 New TNS Shares for each GfK Share to the GfK Shareholders who accept the Offer.

For so long as GfK-Nürnberg e.V. owns or controls at least 15 per cent. of the shares of GfK-TNS, it will have the right to appoint one non-executive director to the board of GfK-TNS and the benefit of certain other protections contained in the GfK-TNS Articles and a Relationship Agreement with TNS.

The Merger is currently expected to complete during the last quarter of 2008. The Merger will only be implemented, and the Offer will only be published, if the GfK-Nürnberg e.V. Advisory Board and the GfK-Nürnberg e.V. Members approve GfK-Nürnberg e.V.'s irrevocable undertaking to accept the Offer and if approval of the Merger is obtained from TNS Shareholders. The Merger and the Offer are also subject to certain conditions, including a minimum acceptance level of 75 per cent. of the GfK Shares, the non-occurrence of a material adverse change in respect of the businesses of GfK or TNS, certain merger control approvals and Admission.

Prof. Dr. Klaus Wübbenhorst, Chief Executive of GfK said: "A combined GfKTNS is a wonderful opportunity and now is the right time to bring our businesses together. The two companies are a perfect fit and have a long and successful track record of working together. The new group will enable us to benefit from the dynamics of a fast-changing and growing market. I believe this combination is in the best interests of clients, employees and shareholders and I look forward to us working together."

David Lowden, Chief Executive of TNS said: "GfK and TNS are ideal partners. The new business we are creating will be a global leader in the market information industry. We believe that this merger will also create substantial value for both sets of shareholders. It will provide to clients an enhanced service offering that meets their needs in today's fast-changing markets and will bring new opportunities to employees in an enlarged group. This is an exciting moment in the history of the market information industry. I am looking forward to leading the combined GfK-TNS for the benefit of all stakeholders."

This summary should be read in conjunction with the full terms of the following announcement.

A presentation for analysts and investors will be made today at 9:00am UK time (10:00am German time). The presentation will be webcast live and the webcast archive will be available afterwards for replay. The webcasts can be accessed via www.gfktns-merger.com. Remote participants can listen to the presentation and take part in the live Q&A session by joining via one of the following conference call numbers:

Terms used in this summary but not defined herein shall have the meanings given to them in Appendix G.