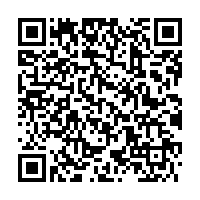 (PresseBox) ( Nuremberg, 17-03-23 )
Consumer sentiment in Germany sends mixed signals in March. While economic expectation and the propensity to buy picked up again after a decline in the previous month, income expectations fell slightly. Because propensity to save also rose again in March, the consumer climate prognosis in April is 9.8 points, and thus slightly lower than the 10.0 points in March.

A rise in inflation in Germany and the resultant intensified concerns over income buying power have obviously hindered full recovery of consumer sentiment in March this year. While economic expectations and the propensity to buy largely compensated for losses from the previous month of February, income expectations were down for the second time in a row. Since the propensity to save increased once again, consumer climate declined overall in March.

Economic expectation recovers from the significant drop in the previous month and can make up for a large part of the losses incurred. The indicator rose 8.4 points and now stands at 18.1 points. In comparison to last year, the indicator is up by almost 18 points.
Obviously, the decline of the economic indicator for February was only a temporary setback. Uncertainty amongst many consumers with regards to the policies of the new US president has given way to a greater level of economic optimism again. After a very strong economic year in 2016 with an economic growth of 1.9 percent, consumers generally have positive expectations concerning economic development this year.
According to forecasts, the German economy is set to grow by around 1.5 percent this year and employment is also expected to continue its uptrend in 2017.

In contrast to the economic expectations, income expectations did not pick up in March and declined for the second time in a row. At 4.7 points, the decline was, however, moderate. The indicator still reports a high level at 43.4 points.
In particular, the recent blatant price increases strongly affected consumers. Experience shows that Germans react sensitively to changes in certain signal prices, e.g. petrol, diesel or heating oil. In particular, they see the purchasing power of their income impaired by rising energy prices.
The inflation rate in Germany rose to 2.2 percent in February after a recent level of 1.9 percent in January this year. Whether the upward price trend can hold its ground above the two percent mark, is, however, questionable. Against the backdrop of the current crude oil price trend (the price for crude oil fell by around 10 percent in the first half of March), it is suspected that inflation will fall below 2 percent again in the coming months.

Propensity to buy on the rise

German consumers cannot be stopped in their spending mood due to the somewhat less optimistic income prospects. Propensity to buy gained 3.9 points, thus largely compensating for losses from the previous month amounting to six points. The indicator is currently at 55.5 points.
Therefore, the recent price increases have had no impact on the rising propensity to buy. For consumers, the stable employment market trend is obviously of greater importance, since it reduces the fear of job losses, thus providing for a higher level of planning security, especially when it comes to larger purchases.

Following a level of 10.0 points in March, GfK forecasts a slight drop in the consumer climate in April to 9.8 points. Despite this decline, consumers remain on a shopping spree. In comparison to the past, consumer sentiment is still high.
GfK forecasts that there is light at the end of the tunnel for the current minor blip in the consumer climate, if the inflation rate is to fall again due to the current decline in crude oil prices. Because the USA has significantly expanded its shale oil production, the restriction in producing crude oil agreed by OPEC is being sidelined. Moreover, restrictions on oil quantities are not being completely adhered to. This consequently puts additional pressure on oil prices.
Additional risks persist for the consumer climate, such as the uncertainty with regards to the economic direction of the USA, the imminent Brexit negotiations, as well as the open outcome of the elections in France, Germany and potentially in Italy. Nevertheless, private consumption will remain an important tower of strength for the overall economic development this year. Therefore, GfK confirms its prognosis from the start of the year, which forecasts that private consumption will rise by 1.5 percent.

The results are an extract from the "GfK Consumer Climate MAXX" study and are based on around 2,000 consumer interviews per month conducted on behalf of the European Commission. This report presents the indicators in graphical form and provides predictions and detailed comments on the indicators. It also provides information on consumer spending plans for 20 areas in the consumer goods and services markets. The GfK Consumer Climate Study has been carried out since 1980.

Propensity to buy, like all other indicators, is a sentiment indicator. It queries whether consumers currently consider it advisable to make larger purchases. Even if they answer "Yes" to this question, there are two further requirements for making a purchase: The consumer must have the necessary money for such a large purchase and must also see a need to make this purchase. Furthermore, this only actually concerns durable goods, which also require a larger budget.

The results of the consumer climate survey are obtained from monthly interviews of around 2,000 people who are representative of Germany's population. This survey tool is subject to constant quality controls, particularly in order to ensure that it is representative. The particularly high quality of this survey is also demonstrated by the fact that it is used and approved for surveys in the field of empirical legal research (for example, the danger of confusing products). This means that the results have the status of an expert report and must be recognized in court.