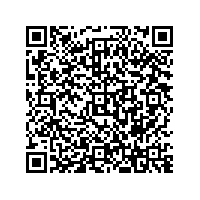 (PresseBox) ( Wackersdorf, 19-09-19 )
Gerresheimer Medical Systems took the top spot in the “Single and Team Use Application of KT Process” category at this year’s Kepner-Tregoe International Process Achievement Awards. Companies that have achieved exceptional economic and technical performances through the use of the Kepner-Tregoe system are distinguished with the prize. In the selection process, Gerresheimer was able to beat high quality competitors like Microsoft – Customer Service and Support, the Walt Disney Company, or Honda Motors.

In the case of Gerresheimer’s KT project, which has been distinguished with gold, it was about solving a production problem involving a drug delivery device. In the environment revolving around a material change, around 5 percent of a batch failed a 4-bar pressure test here. More defective devices were determined during the final inspection of the products, as well as in the context of a project for revision of the design. The consequence was that the batches couldn’t be delivered, and the schedule of the project became shaky. This was even more serious, as Gerresheimer is a single source supplier for this project, and the supply of medication for patients could be endangered by delivery failure.

The chronological coinciding of the error with a material change suggested the assumption that the error was material-related. However, this would have been an inadmissible, intuitive, hasty reaction from the perspective of Kepner-Tregoe. There was also no possibility to simply change back to the old polymer, as it would soon no longer be available. It was thus necessary to closely examine all plausible error catalysts. Gerresheimer initiated a KT project to reliably identify the root of the problem in this complex constellation. The company cooperated constructively with the customer over the entire course of the project, who also thought an error analysis according to Kepner-Tregoe to be the most sensible procedure, and who was highly satisfied with the systematic procedure.

In the project, a well-founded problem definition was first formulated and a summary of all known numbers, dates, and facts compiled in the form of a problem specification. A list of possible error causes was then created, which extended from the material through the injection molding tools and the test process used to the sterilization and storage of the finished product. All these potential causes were tested for plausibility in the next step. Based on the many facts known from the problem specification, several possible causes could already be excluded here. A test plan for the remaining and thus probable causes was subsequently developed, with which these could be systematically examined. The tests, which were in part self-developed, initially provided surprising results – the new material was eliminated as a cause of error, as the error could also be reproduced with the old polymer. The possible influence of the injection molding and sterilization processes was also quantified in the context of the tests and eliminated as the exclusive cause of error.

A step in the in-process inspection in production was ultimately identified as the true cause of the error. Here, a minimal deviation during assembly of the test tool caused excessive force to be exercised on the work piece and subsequently led to a pre-existing defect. In the next test step, the pressure test was then failed due to this defect. No further errors were determined after the test tool was readjusted. A sensor was also developed, with which the force can be better monitored, in order to identify a renewed occurrence of the error and to immediately correct it where necessary.

A solution that only has winners
The problem solution with the Kepner-Tregoe system only means more time spent at first glance. An allegedly plausible cause was very quickly revealed to be a dead end by the systematic analysis. The new material was not the catalyst, and neither was the old one, which was no longer available. In this way, no further material change was necessary, but even more importantly, we and our customer were spared an extensive recall action. The KT methodology ultimately determined that the batches were produced without errors and that the problem was merely caused by an easily correctable false adjustment of the test system. This then also ensured that patients were supplied with correctly operating devices – and that is even more important than the top spot for the KT Award.

About the KT system
Charles Kepner and Benjamin Tregoe already determined well over 60 years ago that the biggest hurdle for the solving of problems in the company routine is often not the technical challenges, but instead the stubborn habit of relying on intuitive, “stopgap solutions” to problems. In this way, however, only the symptoms are usually dealt with – the roots of the problem are neither recognized nor corrected. Kepner and Tregoe therefore developed a system with which problems are approached deliberately, logically, and systematically. Four thought processes that build on one another are thus worked through for KT projects: a situation analysis provides an overview, even in chaotic situations. The actual causes of a problem are determined in the problem analysis and the foundation for its solution thus created. One of the available options for a problem solution is then selected in the decision analysis. The permanent success of measures in the future is ensured with the risk/chance analysis. The Kepner-Tregoe system is successfully used by many companies worldwide, and Gerresheimer Medical Systems has been using KT problem analysis for several years to fulfil the high-quality requirements of the pharmaceuticals, diagnostics, and medical technology market.

Gerresheimer is a leading global partner to the pharma and healthcare industry. With specialty glass and plastic products, the Company contributes to health and well-being. Gerresheimer operates worldwide and its approximately 10,000 employees manufacture products in local markets, close to its customers. With plants in Europe, America, and Asia, the company generates revenues of approximately EUR 1.4 billion. The comprehensive product portfolio includes pharmaceutical packaging and products for the safe, simple administration of medicines: insulin pens, inhalers, micro pumps, prefillable syringes, injection vials, ampoules, bottles, and containers for liquid and solid medicines with closure and safety systems as well as packaging for the cosmetics industry.