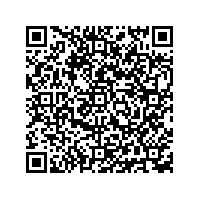 Subscribe to news
(PresseBox) ( Hamburg/Germany, Cape Town/South Africa, 12-01-06 )
To support the developers and financiers of South Africa's burgeoning wind power industry GL Garrad Hassan opened its first office in the Rainbow Nation, in Cape Town on 1 January 2012. South Africa is ideally suited for renewable energy development, given its abundant wind and solar resources, ample number of suitable sites and modern high voltage electrical infrastructure. The opening of the new office will mean that GL Garrad Hassan can now offer its clients a local point of contact for its global network of experts.

Dr Helmut Klug, Regional Manager Central Europe, Middle East and Africa of GL Garrad Hassan commented on this major step in GL Garrad Hassan's ongoing worldwide expansion: "South Africa represents one of the most active regions in Africa for wind and solar developments and is notably the first country in the world where we are involved in as many solar as wind projects."

Greg van der Toorn, GL Garrad Hassan Country Representative South Africa, said: "South Africa is making a significant commitment to developing its renewable energy resources over the coming years, investing in the technologies which will power its development reliably and sustainably. We at GL Garrad Hassan are also committed to working toward these goals by supporting our partners in bringing their projects online safely, efficiently and profitably."

In the period leading up to and subsequently after the Renewable Energy Independent Power Producer Procurement Program (RPPPP) process GL Garrad Hassan has undertaken a significant number of energy assessments and project reviews for both wind and solar projects (well in excess of 1GW for each technology) in the region. From this analysis GL Garrad Hassan has been able to identify very promising wind and solar resources to drive the renewable industry forward. Part of this work also included the generation of a new wind map for the region.

The South African public electricity utility Eskom estimates that South Africa needs to construct 40GW of new generating capacity by 2025, of which about 12.5GW is already under construction. At present there is only one commercial-scale wind farm (the 5.2MW Darling wind farm) in operation, however, the South African Wind Energy Association (SAWEA) estimates that wind power could provide as much as 20% of the country's energy demand by 2025. According to SAWEA, 7,000MW of this wind capacity are already at various stages of development and many projects will be ready for construction within the next 12-18 months.

The recent first round of tenders run under the independent power producer programme, for up to 3.73GW of renewable energy procurement, attracted 53 bids, according to South Africa's Department of Energy. Of these 28 bids were successful in obtaining preferred bidder status, totaling some 1,416MW. A second bidding round is scheduled to close on 5 March.

GL Garrad Hassan is one of the world's largest dedicated renewable energy consultancies and a recognised technical authority on the subject. It offers independent technical and engineering services, products, and training courses to the onshore and offshore wind, wave, tidal and solar sectors. Although the GL Garrad Hassan name is new, the company has a rich heritage. It is borne of the integration of specialist companies that, united, form the renewable energy consulting division of the GL Group. GL Garrad Hassan is a consulting company; it has no equity stake in any device or project. This rule of operation is central to its philosophy, something which sets it apart from many of its competitors. For further information, please visit www.gl-garradhassan.com