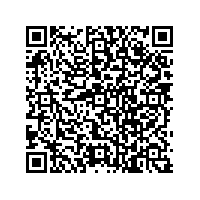 GENEART AG, global leader in gene synthesis and specialist in the field of Synthetic Biology, improved net sales by 27.5 % according to preliminary figures for 2008, in an increasingly challenging, economic environment and despite a difficult fourth quarter 2008. Net sales totaled EUR 15.7M after EUR 12.3M in the previous year. Thus, with organic growth the company was able to compensate for the contract, placed by the National Institutes of Health (NIH), which was accounted for in the previous year and expired in the third quarter 2008. While growth was stable for small and medium contracts, the absence of additional, budgeted major contracts for the fourth quarter resulted in lower than expected development of net sales and earnings toward the year-end.

EBIT 2008 reached EUR 0.8M (previous year: EUR 1.8M) and thus fell short of expectations. Several extraordinary items entailed this development. These include in particular one-time expenses with respect to depreciations on inventories due to lower production costs and other necessary balance sheet provisions as well as an - for GENEART- adverse development of the U.S. dollar exchange rate.

In addition, a raw material (acetonitrile), required for GENEART's production process, became unforeseeably scarce on the world market. Acetonitrile is a by-product of the automotive supply industry, which became available in significantly lower quantities due to the production slow-down. Despite existing long-term supply contracts, GENEART had to accept non-budgeted price increases, which resulted in significant, additional expenses even beyond year-end.

EBT for 2008 was EUR 1.1M compared to EUR 2.2M for the previous year. The operating cash flow showed a positive development and was increased to EUR 2.8M (previous year: EUR -0.9M). Thereof, EUR 1.1M are allocated to the fourth quarter 2008.

In 2008 GENEART achieved significant advancements again with respect to its internal processes and structures. The largest investment in the history of the company of EUR 4.8M and a research and development budget of EUR 2.0M were utilized to significantly expand the production capacities again, to increase the degree of automation and miniaturization, and first and foremost to provide new scope for the flexible accommodation of production capacities in the future. Hence, production costs per unit (base pair) could be reduced once more in 2008. This expansion of GENEART's cost leadership is the basis to further independently implement the company's pricing strategy and thus to continue to consolidate the market.

During the first half of 2009, GENEART AG will expand its board with directors of production and sales, and appoint a new director of finance.

On May 1, 2009, Dr. Marcus Graf, a co-founder of the company, will join the management team around Professor Dr. Ralf Wagner (Chief Executive Officer and Chief Scientific Officer) with Dr. Marcus Graf being responsible for the production (Chief Operating Officer). Also as of May 1, 2009, Bernd Merkl, new director for business development (Chief Business Officer), will be supporting the management team, and will be responsible for the areas of sales, marketing and business development at the board level. Until now, the business graduate (Diplomkaufmann) and university educated biologist headed the departments of Business Development and Investor Relations at GENEART. The company's rapid growth is the main reason for the expansion of the board of directors.

The current Chief Financial Officer, business graduate (Diplomkaufmann) Christian Ehl, will at his own request not renew the expiring contract and leave the company as per April 25, 2009. The supervisory board has instructed Bernd Merkl to take over those responsibilities until a permanent replacement is presented. The board of directors and the supervisory board thank the current director of finance, Christian Ehl, for his successful work over the past years and wish him all the best for the new tasks, which he will turn toward now, after successful years of setting up the company and its expansion to being the market leader.

The first two quarters 2009 will be challenging with respect to earnings aspects. Even though GENEART instantly reacted with establishing alternative production processes, with the current bottleneck of acetonitrile supply it is assumed that the situation concerning acetonitrile will not improve before the third quarter 2009. Regarding net sales, the smaller contract sizes and orders turning increasingly more short-term due to economic trends complicate planning and prognoses for the current calendar year. With its publication of the final numbers for 2008 on April 30, 2009 GENEART will also provide a forecast for this year.

This document may contain estimates, prognoses and opinions about company plans and objectives, products or services, future results, opinions about these results or opinions leading up to these results. All these projections into the future are subject to risk, uncertainty and unforeseeable change outside the control of the GENEART Group. Many factors may lead to actual results, which considerably deviate from the given projections for these results.

In 2000, GENEART entered the gene synthesis market and has since become the global market leader. Today, the company is one of the leading specialists in the Synthetic Biology field. Experts at GENEART provide key technologies for the development and production of new therapeutics and vaccines. Customers also take advantage of GENEART services to customize enzyme attributes, such as the attributes of enzymes used as detergent additives, and to construct bacteria, which produce complex biopolymers or break down polymers, such as synthetics, petroleum components, etc. Our production and service spectrum spans a wide range, from the production of synthetic genes according to DIN EN ISO 9001:2000, to the creation of gene libraries in the combinatorial biology, to the development and production of DNA-based biologically active substances. GENEART AG in Regensburg (Germany) and the subsidiaries GENEART Inc. in Toronto (Canada) and GENEART Inc. in San Francisco (USA) employ more than 190 people. GENEART is listed on the German Stock Exchange.