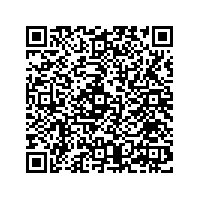 MedicationMarketing: How the Pharma Industry is Using Social Media to Sell

Subscribe to news
(PresseBox) ( New York, 12-06-29 )
A multi-billion dollar industry that's banned in all but the US and New Zealand, Direct-to-Consumer (DTC) pharmaceutical marketing is beginning to embrace social media, explains the latest report by international business experts GBI Research.

According to the report*, the pharmaceutical marketing industry is adapting strategies to take advantage of sites such as Twitter and Facebook, including the tailoring of campaigns to specific medications and interacting directly with consumers.

Although marketing via social media can be risky, its rewards are becoming increasingly well known. Though online discussions may raise adverse product testimonials, companies are given the opportunity to answer questions, ease concerns and respond quickly to shifts in public sentiment.

The open nature of the online community can also be tremendously beneficial for product promotion. A friend's recommendation is trusted by 90% of people and 70% trust consumer opinions posted online (Google, 2011a). Accordingly, positive word of mouth can be more effective than typical methods of DTC advertising.

The success of online DTC marketing can also be measured much more easily. Advertisement clicks, Facebook 'likes' and Twitter mentions can all be monitored and without difficulty and aid in the creation of bespoke campaigns.

Marketing companies understand that different demographics access and utilize media in different ways, and the capability to learn how different groups respond to advertising is becoming a key tool in the formation of future marketing projects.

DTC pharmaceutical adverting is only legal in the US and New Zealand, although firms often employ unbranded awareness campaigns in other countries, but without specific drug information.

GBI Research is a market-leading provider of business intelligence reports, offering actionable data and forecasts based on the insights of key industry leaders to ensure you stay up-to-date with the latest emerging trends in your markets.