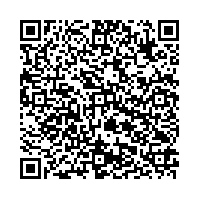 (PresseBox) ( Stamford, Conn., 17-04-26 )
Top-performing organisations in the private and public sectors, on average, spend a greater proportion of their IT budgets on digital initiatives (33 per cent) than government organisations (21 per cent), according to a global survey of CIOs by Gartner, Inc. Looking forward to 2018, top-performing organisations anticipate spending 43 per cent of their IT budgets on digitalisation, compared with 28 per cent for government CIOs.

Gartner's 2017 CIO Agenda survey includes the views of 2,598 CIOs from 93 countries, representing US$9.4 trillion in revenue or public sector budgets and $292 billion in IT spending, including 377 government CIOs in 38 countries. Government respondents are segmented into national or federal, state or province (regional) and local jurisdictions, to identify trends specific to each tier. For the purposes of the survey, respondents were also categorised as top, typical and trailing performers in digitalisation.

Rick Howard, research vice president at Gartner, said that 2016 proved to be a watershed year in which frustration with the status quo of government was widely expressed by citizens at the voting booth and in the streets, accompanied by low levels of confidence and trust about the performance of public institutions.

"This has to be addressed head on," said Mr Howard. "Government CIOs in 2017 have an urgent obligation to look beyond their own organisations and benchmark themselves against top-performing peers within the public sector and from other service industries. They must commit to pursuing actions that result in immediate and measurable improvements that citizens recognise and appreciate."

Top Performers Secure Greater Budget Increases
Government CIOs as a group anticipate a 1.4 per cent average increase in their IT budgets, compared with an average 2.2 per cent increase across all industries. Local government CIOs fare better, averaging 3.5 per cent growth, which is still more than 1 per cent less on average than IT budget growth among top-performing organisations overall (4.6 per cent).

The data is directionally consistent with Gartner's benchmark analytics, which indicate that average IT spending for state and local governments in 2016 represented 4 per cent of operating expenses, up from 3.6 per cent in 2015. For national and international government organisations, average IT spending as a percentage of operating expenses in 2016 was 9.4 per cent, up from 8.6 per cent in 2015.

"Whatever the financial outlook may be, government CIOs who aspire to join the group of top performers must justify growth in the IT budget by clearly connecting all investments to lowering the business costs of government and improving the performance of government programmes," Mr Howard said.

Top Technology Investment Priorities in Government
Looking beyond 2017, Gartner asked respondents to identify technologies with the most potential to change their organisations over the next five years.

Biggest Barriers for Government CIOs
The top three barriers that government CIOs report they must overcome to achieve their objectives are skills or resources (26 per cent), funding or budgets (19 per cent), and culture or structure of the organisation (12 per cent).

Drilling down into the areas in which workforce skills are lacking, the government sector is vulnerable in the domain of data analytics (30 per cent), which includes information, analytics, data science and business intelligence. Security and risk is ranked second for government overall (23 per cent).

"Bridge the skills gap by extending your networks of experts outside the agency," Mr Howard said. "Compared with CIOs in other industries, government CIOs tend not to partner with startups and midsize companies, missing out on new ideas, skills and technologies."

As digitalisation gains momentum across all industries, the need for government to join digital ecosystems — interdependent, scalable networks of businesses, people and things — also increases. "The digital ecosystem becomes the means by which government can truly become more effective and efficient in the delivery of public services," Mr Howard said.

Gartner clients can read more in the report "2017 CIO Agenda: A Government Perspective."

Gartner, Inc. (NYSE: IT) is the world's leading information technology research and advisory company. Gartner delivers the technology-related insight necessary for its clients to make the right decisions, every day. From CIOs and senior information technology (IT) leaders in corporations and government agencies, to business leaders in high-tech and telecom enterprises and professional services firms, to supply chain professionals, digital marketing professionals and technology investors, Gartner is the valuable partner to clients in more than 11,000 distinct enterprises. Gartner works with clients to research, analyze and interpret the business of IT within the context of their individual roles. Gartner is headquartered in Stamford, Connecticut, USA, and has almost 9,000 associates, including 1,800 research analysts and consultants, operating in more than 90 countries. For more information, visit www.gartner.com