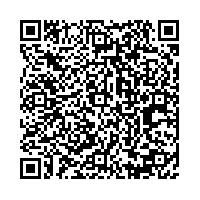 "The first quarter of 2017 showed declines on a global level with a slight variation in results by region," said Jeffrey Hewitt, research vice president at Gartner. "Asia/Pacific bucked the trend and posted growth while all other regions fell.

"Although purchases in the hyperscale data centre segment have been increasing, the enterprise and SMB segments remain constrained as end users in these segments accommodate their increased application requirements through virtualisation and consider cloud alternatives," Mr Hewitt said.

Hewlett Packard Enterprise (HPE) continued to lead in the worldwide server market based on revenue. The company posted just more than $3 billion in revenue for a total share of 24.1 per cent for the first quarter of 2017 (see Table 1). Dell EMC maintained the No. 2 position with 19 per cent market share. Dell EMC was the only vendor in the top five to experience growth in the first quarter of 2017.

In server shipments, Dell EMC secured the No. 1 position in the first quarter of 2017 with 17.9 per cent market share (see Table 2). The company had a slight increase of 0.5 per cent growth over the first quarter of 2016. Despite a decline of 16.7 per cent, HPE secured the second spot with 16.8 per cent of the market. Inspur Electronics experienced the highest growth in shipments with 27.3 per cent.

"The EMEA server market has started 2017 in the same way as 2016 ended," said Adrian O'Connell, research director at Gartner. "The main challenge for vendors in the region is that increased levels of economic and political uncertainty are putting pressure on an already weak server market."

In revenue terms, all of the top five vendors except Dell EMC saw declines in the first quarter of 2017. HPE maintained the No. 1 position but it suffered a sharp revenue decrease of 18.2 per cent. "The first quarter of the year tends to be relatively strong for Dell, but the acquisition of EMC is proving positive for the server business at the moment," said Mr O'Connell.

Revenues declined for Cisco, Fujitsu and Lenovo. Their revenue rankings improved, however, as IBM fell out of the top five for revenue this quarter following the divestiture of its x86 server business to Lenovo. The most notable figure of all is the 18.2 per cent revenue decline for HPE.

"HPE's size means it is subject to the moves of the wider market more than some other vendors. Weakness in the business segment and sourcing changes in the service provider space have reduced its revenue significantly," said Mr O'Connell.

Businesses are buying fewer servers due to political and economic uncertainty. Moreover, shifts toward hyperscale architectures mean service providers are increasingly buying lower-cost "white-box" servers from original design manufacturers (ODMs). As a result, the decline in shipments in the "Others" category at 1.4 per cent was lower than the top five, except Dell.

"Leading server vendors will be doing all they can to ensure that service providers don’t continue to shift their server purchases toward ODM suppliers," said Mr O'Connell. "Combined with the significant inroads made by China-based suppliers, we expect to see continuing challenges and downward price pressure across the EMEA server market for some time to come."