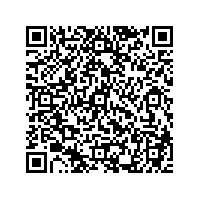 Gartner Says Worldwide IT Spending Forecast to Grow 1.4 Per Cent in 2017

"The strong US dollar has cut $67 billion out of our 2017 IT spending forecast," said John-David Lovelock, research vice president at Gartner. "We expect these currency headwinds to be a drag on earnings of US-based multinational IT vendors through 2017."

The Gartner Worldwide IT Spending Forecast is the leading indicator of major technology trends across the hardware, software, IT services and telecom markets. For more than a decade, global IT and business executives have been using these highly anticipated quarterly reports to recognise market opportunities and challenges, and base their critical business decisions on proven methodologies rather than guesswork.

The data centre system segment is expected to grow 0.3 per cent in 2017. While this is up from negative growth in 2016, the segment is experiencing a slowdown in the server market. "We are seeing a shift in who is buying servers and who they are buying them from," said Mr Lovelock. "Organisations are moving away from buying servers from the traditional vendors and instead renting server power in the cloud from companies such as Amazon, Google and Microsoft. This has created a reduction in spending on servers which is impacting the overall data centre system segment."

Driven by strength in mobile phone sales and smaller improvements in sales of printers, PCs and tablets, worldwide spending on devices (PCs, tablets, ultramobiles and mobile phones) is projected to grow 1.7 per cent in 2017, to reach $645 billion. This is up from negative 2.6 per cent growth in 2016. Mobile phone growth in 2017 will be driven by increased average selling prices (ASPs) for phones in emerging Asia/Pacific and China, together with iPhone replacements and the 10th anniversary of the iPhone. The tablet market continues to decline significantly, as replacement cycles remain extended and both sales and ownership of desktop PCs and laptops are negative throughout the forecast. Through 2017, business Windows 10 upgrades should provide underlying growth, although increased component costs will see PC prices increase.

The 2017 worldwide IT services market is forecast to grow 2.3 per cent in 2017, down from 3.6 per cent growth in 2016. The modest changes to the IT services forecast this quarter can be characterised as adjustments to particular geographies as a result of potential changes of direction anticipated regarding US policy — both foreign and domestic. The business-friendly policies of the new US administration are expected to have a slightly positive impact on the US implementation service market as the US government is expected to significantly increase its infrastructure spending during the next few years.

During the webinar, Gartner analysts will explain the emergence of new vendors in existing markets, the shifts resulting from new offerings like cloud, and the toppling of the largest vendors and the impact on IT spending.

Gartner's IT spending forecast methodology relies heavily on rigorous analysis of sales by thousands of vendors across the entire range of IT products and services. Gartner uses primary research techniques, complemented by secondary research sources, to build a comprehensive database of market size data on which to base its forecast.