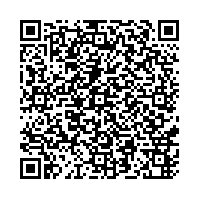 Worldwide Enterprise Application Spending to Grow 7.5 Per Cent to $149.9 Billion in 2015

(PresseBox) ( Stamford, Conn., 15-08-27 )
Worldwide spending on enterprise application software will grow 7.5 per cent to reach $149.9 billion in 2015, increasing to more than $201 billion in 2019, according to the latest forecast from Gartner, Inc. Analysts said that long-term growth in spending will be driven primarily by modernisation, functional expansion and digital transformation projects.

"The majority of spending is going towards modernising, functionally expanding or substituting long-standing business and office applications with cloud-based software-as-a-service," said Bianca Granetto, research director at Gartner. "Projects have been approved and budgeted for, often over a multiyear period, meaning the pace of spending and adoption isn't subject to any impending urgency."

The market subsegments showing the highest growth during the forecast period of 2014 through 2019 will be marketing, e-commerce and advanced analytics software.

Gartner has identified a number of key trends in the application software market that affect the spending forecast.

As subscription-based alternatives and particularly software as a service (SaaS) are being adopted by organisations, a more predictable revenue pattern will emerge. A recent Gartner survey showed that alternative consumption models to traditional on-premises licences are accounting for more than 50 per cent of new software implementations; these include SaaS, hosted licence, on-premises subscriptions and open source.

The Rise of Digital-Business-Related Market Dynamics

Competing successfully in the digital industrial economy is rapidly becoming a leading strategic imperative for businesses all around the world. This shift in business priority and focus brings a new perspective regarding applications. For example, the need to compete on an increasingly global scale stimulates enhancement, rationalisation and re-engineering of supply chains, leading companies to modernise their supply chain system or adopt the latest supply chain management applications.

Gartner predicts that by 2019, approximately 28 per cent of installed human capital management systems globally will be SaaS-based, up from 13 per cent in 2014. The inflection point globally will occur over the next five years as organisations replace their current systems or extend their current systems with SaaS-based solutions. However, there are wide variations beneath the global average penetration rates, with early adopting regions such as North America already at 19 per cent in 2014 (projected to be 34 per cent in 2019) while the Middle East and North Africa are still at the very early stages of SaaS penetration with only 4 per cent of the installed base using SaaS as the deployment model.

Application Purchases Will Increasingly Be "Build," Not "Buy"

Gartner predicts that by 2020, 75 per cent of application purchases supporting digital business will be "build," not "buy." Gartner's research shows that many organisations already favour a new kind of "build" that does not include out-of-the-box solutions, but instead is a combination of application components that are differentiated, innovative and not standard software or software with professional services (for customisation and integration requirements), or solutions that are increasingly sourced from startups, disrupters or specialised local providers.

Gartner estimates that during 2015, 15 per cent of business users are provisioned, in whole or in part, with office system capabilities from the cloud. Gartner expects this percentage to grow to around 60 per cent by 2020. From a revenue growth perspective, the widespread move from on-premises to cloud office will disrupt the traditional revenue flow as more organisations pay smaller increments over a longer period of time.

Gartner predicts that by 2020, more than 75 per cent of organisations will deploy advanced analytics as part of a platform or analytics application to improve business decision-making. Companies are accelerating the shift in focus of their investments from measurement to analysis, forecasting and optimisation. Deployment of advanced analytics technologies will become critical to achieving those aims.

In North America, adoption of CRM via the cloud has become commonplace with organizations increasingly utilising a hybrid model of on-premises and cloud products. However, SaaS adoption in some emerging regions is heavily constrained by network and data centre infrastructure, government regulations on customer data moving across borders, and the lack of local-language SaaS/cloud offerings. Build-out of data centres by vendors and investment in local-language offerings are now on the rise and will begin to bear fruit. Gartner predicts that by 2020, about a quarter of organisations in emerging regions will run their core CRM systems in the cloud, up from around 10 per cent in 2012.

Gartner, Inc. (NYSE: IT) is the world's leading information technology research and advisory company. The company delivers the technology-related insight necessary for its clients to make the right decisions, every day. From CIOs and senior IT leaders in corporations and government agencies, to business leaders in high-tech and telecom enterprises and professional services firms, to technology investors, Gartner is the valuable partner to clients in approximately 10,000 distinct enterprises worldwide. Through the resources of Gartner Research, Gartner Executive Programs, Gartner Consulting and Gartner Events, Gartner works with every client to research, analyze and interpret the business of IT within the context of their individual role. Founded in 1979, Gartner is headquartered in Stamford, Connecticut, USA, and has 7,100 associates, including more than 1,500 research analysts and consultants, and clients in 90 countries. For more information, visit www.gartner.com.