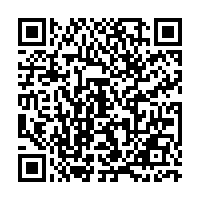 Results of the Galenica Group 2016

Vifor Pharma increased net sales by 24.8% to CHF 1,167.0 million. This strong growth took company sales over the one-billion-franc mark for the first time in 2016. CHF 349.5 million (+39.3%) of total sales came from Vifor Pharma affiliates and partners from sales of the iron deficiency product Ferinject®/Injectafer®. EBIT, excluding the US pharma company Relypsa acquired in 2016, rose by 14.3% to CHF 374.6 million. Taking into account the effects of the Relypsa acquisition, EBIT was down 25.2% to CHF 245.2 million.
As a result of the acquisition of Relypsa to intensify the global business, Vifor Pharma now has a fully integrated commercial sales organisation in the key US market. Further priorities for Vifor Pharma in 2017 include expanding the iron market, especially in the USA, and reinforcing Vifor Fresenius Medical Care Renal Pharma as a leading player in nephrology in cooperation with partner Fresenius Medical Care. With the intended division of the Galenica Group, Vifor Pharma will establish itself in 2017 as an independent global pharma company in selected therapeutic areas.

Galenica Santé concentrated its strengths in 2016 and increased sales by 3.2% to CHF 3,008.9 million. All Business sectors performed well in a challenging market, despite pressure on drug prices, consumer tourism outside Switzerland and a relatively weak flu season. EBIT of CHF 136.0 million (+6.2%) once again exceeded growth in sales.
One of Galenica Santé’s central objectives is to increase efficiency. To this end, cooperation both within and between the three Business sectors will be further promoted and common processes more closely coordinated.
The guidance from Galenica Santé is included in the separate press release on the planned IPO of Galenica Santé issued today.

Galenica is a diversified Group active throughout the healthcare market which, among other activities, develops, manufactures and markets pharmaceutical products, runs pharmacies, provides logistical and database services and sets up networks. With its two Business units Vifor Pharma and Galenica Santé, the Galenica Group enjoys a leading position in all its core business activities. A large part of the Group's income is generated by international operations. Galenica is listed on the Swiss Stock Exchange (SIX Swiss Exchange, GALN, security number 1,553,646).