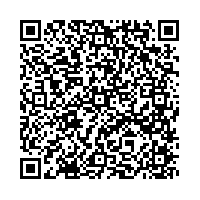 Subscribe to news
(PresseBox) ( Bern, 12-07-26 )
Galenica's U.S. partner, Luitpold Pharmaceuticals, Inc., has received a Complete Response Letter from the US Food and Drug Administration (FDA) regarding the New Drug Application for the intravenous iron preparation Injectafer®. In the Complete Response Letter the FDA noted its decision to withhold approval at this time. The decision was not related to any issues with the Injectafer® NDA filing, but with Luitpold's manufacturing facility in Shirley, New York, where Injectafer® would be manufactured for the US market.

On 30 September 2011, Luitpold Pharmaceuticals, Inc., a company of the Japanese Daiichi Sankyo Group, had submitted a New Drug Application (NDA) to the U.S. Food and Drug Administration (FDA) for Injectafer® (US brand name of Ferinject®, ferric carboxymaltose) for the treatment of iron deficiency anemia.

In the Complete Response Letter, the FDA noted that its decision to withhold approval at this time was unrelated to the NDA filing for Injectafer®. No additional clinical data or further analysis of the current filing are requested.

On 31 August 2011, the FDA issued a warning letter about Luitpold's production facility in Shirley, New York. This is the same facility where Injectafer® would be manufactured for the U.S. market. During a recent inspection, deficiencies in the manufacturing facility were noted by the FDA inspectors. The FDA requires satisfactory resolution of these deficiencies before the application for Injectafer® can be approved. Luitpold Pharmaceuticals is working closely with the FDA to resolve these deficiencies.

In 2007, registration of Ferinject® (brand name of Injectafer® outside the US) was approved by the Swiss regulatory agency Swissmedic and by the UK Medicines & Healthcare products Regulatory Agency (MHRA). Thereby the MHRA, acting as a Reference country, has supported the subsequent approval of Ferinject® throughout the European Union. Ferinject® is currently registered for use in 40 countries worldwide.

Galenica is a diversified Group active throughout the healthcare market which, among other activities, develops, manufactures and markets pharmaceutical products, runs pharmacies, provides logistic and database services and sets up networks. The Galenica Group enjoys a leading position in all its business sectors - Pharma, Logistics, Retail and HealthCare Information. A large part of the Group's income is generated by international operations. Galenica is listed on the Swiss Stock Exchange (SIX Swiss Exchange, GALN, security number 1,553,646).

For more information, please visit the company's website at www.galenica.com.