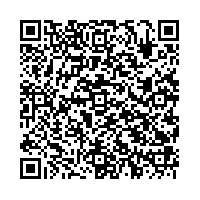 Subscribe to news
(PresseBox) ( Bern, 09-09-17 )
The Board of Directors of Galenica has appointed Dr David Ebsworth as member of the Corporate Executive Committee of Galenica and CEO of Vifor Pharma. David Ebsworth brings an extremely wide-ranging knowledge of all aspects of the pharma business, as well as proven experience in key international pharma markets. He will take up his role in mid-October 2009.

Following the transformation of the Pharma Division into a fully integrated specialty pharma company, in May of this year Vifor Pharma entered into a new phase of realisation with a strong focus on its core business in iron deficiency anaemia. At the same time, the Board of Directors of Galenica began the search for a new CEO after Anthony Coombs stepped down from his post. This process has now been successfully completed, and the Board of Directors of Galenica has appointed Dr David Ebsworth (55) as member of the Corporate Executive Committee of Galenica and CEO of Vifor Pharma. Galenica has gained an experienced leader in David Ebsworth, who has an extremely wide-ranging knowledge of all aspects of the pharma business and proven expertise in key international pharma markets.

David Ebsworth completed a degree in chemistry and German and a PhD in Industrial Relations in England, and began his career with Pfizer in Germany. Following this he spent 19 years in various functions worldwide for the Pharmaceutical Business Group of Bayer AG, including in Canada and the US and ultimately as President and General Manager of the Global Pharmaceutical Division at Bayer in Leverkusen (Germany), where he was responsible for sales of € 6 billion and managed all departments including research, development, production and commercial operation as well as the country organisations. Following his time at Bayer, Ebsworth was appointed CEO of Oxford Glycosciences, a biotech company that was listed on the London Stock Exchange and the Nasdaq, and was successfully sold to Celltech in 2003. In recent years David Ebsworth has also been a member or chaired the board of directors of various up-and-coming biotech and pharma companies in England, Germany and Eastern Europe.

David Ebsworth was educated in Germany, Singapore and England, and gained his PhD from the University of Surrey (UK). He is bilingual in English and German and also speaks French.

Galenica is a diversified group active throughout the healthcare market which, among other things, develops, manufactures and markets pharmaceutical products, runs pharmacies, provides logistical and database services and sets up networks. The Galenica Group enjoys a leading position in all of its business sectors - Vifor Pharma, Logistics and Retail. A large part of the Group's income is generated by international operations.

Additional information on the Galenica Group can be found at www.galenica.com.