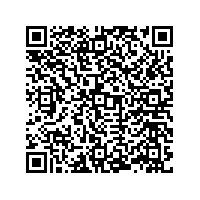 One of the fastest open four-seaters in the world

With 34 years of experience behind, G-POWER increased the output of the 4.4 litre TwinPower Turbo BMW M V8 motor from 560 hp to 800 hp, with torque up from 680 Nm to a stump pulling 1,050 Nm. With this output figures the G-POWER M6 Convertible is on the same level as the legendary G-POWER M5 HURRICANE RR with Bi-Kompressor system which still owns the world record for the fastest sedan in the world with a top speed of 372,1 km/h.

These sensational output numbers were achieved through the optimisation of both the engine hardware and its control electronics. The core of this engine upgrade is the bespoke modifications to the two turbochargers, which receive larger and more efficient turbine and impeller wheels and uprated bearings, running within G-POWER’s CNC-machined scroll housings. All this engineering work is done in-house. To overcome the gas-flow bottle neck imposed by the stock downpipes, G-POWER replaces them with their larger downpipes and free-flow sport metal catalytic convertors. Linked to a high-quality titanium exhaust ending in four 100 mm diameter carbon-fibre tailpipes, the sum total of these G-POWER exhaust modifications significantly reduces exhaust gas backpressure.

The knowhow behind these upgrades and the programming of the G-POWER performance software Bi-Tronik 2 comes out of 34 years of experience in engine development and the development of G-POWER supercharger systems for example like the Bi-Kompresssor system for the world record holding M5 HURRICANE RR with a top speed of 372,1 km/h. After all, the ASA supercharger used for the G-POWER supercharger systems is closely related to the turbochargers featured by BMW, since both units us a centrifugal compressor to build up boost.

The bespoke mapping of the G-POWER Bi-Tronik 2 V4 maximises the potential of these hardware changes, releasing the full efficiency of the engine within calculated limits that respect the long term engine and drivetrain reliability. Governed by the ECU parameters, these numbers were judged to be 800 hp, with 1,050 Nm of torque, more than sufficient to confirm the G-POWER M6 as one of the fastest, four-seat convertibles in the world.

The test instruments recorded a 0-200 km/h time of 9.8 seconds on the way to a top speed of 330 km/h, yet again confirming G-POWER’s place as a member of the small group of respected tuners holding third-party authenticated speed records.

Thanks to the G-POWER GM6-RS height-adjustable coil-over suspension kit, featuring independently adjustable bounce and rebound control, the significantly increased power of the M6 Convertible is matched by a commensurate level of driving dynamics.