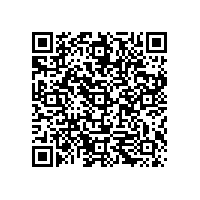 One of the key roles of correctional facilities is to protect the public from crime. To be successful, however, their "inside" needs to meet maximum security requirements. This increasingly requires intelligent solutions which combine staff protection with an automated alerting system to enable faster access in case of danger. One of the world's most innovative systems is now installed in Straubing prison. Here, where some 850 inmates are incarcerated often with lengthy prison sentences, a TETRAbased personal emergency call system (PECS) from Funkwerk will in future ensure even greater security. The system is implemented in a pilot scheme. Straubing is the first German correctional facility to be provided with a comprehensive communication system based on the mobile radio standard TETRA.

Reliable communication in any situation

The crucial advantage of the TETRA solution from Funkwerk compared to conventional systems is its high reliability of locating the incident in case of an alarm, the stability of the wireless connection between the individual officer and the control room, and a much wider range of features. As a digital mobile radio standard, TETRA provides all the advantages of professional communication specifically for authorities and organisations with security functions, while combining voice communication, status and location information with efficient data transfer. Our many years of experience as a leading supplier of professional personal emergency call systems have had a direct influence on the development of these TETRA devices. They can be seamlessly integrated into existing and future control centre and building management applications not least also for maximum investment protection.

The FT4 S generation of devices from Funkwerk was developed specifically for use in safety devices such as prisons. These devices include four active and four passive, freely parameterisable types of alarm. This allows users in an emergency to activate the emergency call button and sound the alarm. Pressing the button for a variable number of times allows the user to indicate the urgency of the alarm. If the user is no longer actively able to sound the alarm, an automatic alarm is triggered. If, for example, the handset is found horizontal for an extended period such as after a fall, a horizontal position alarm is automatically sent to the control room. Likewise, a nomotion alarm is triggered when the user or the handset fails to move for a longer period of time. The mobile device also sounds an alarm if the user fails to report back after an agreed time (time alarm) or the device is forcibly taken from them (loss alarm). This ensures prompt intervention in case of an emergency.

On spacious grounds as found at Straubing prison, reliability in locating individuals is of particular importance. Errors and inaccuracies can, in extreme cases, have grave consequences. The new TETRA terminals in the FT4 series from Funkwerk set new standards in robustness and reliability. The mobile devices can be located using inductive transmitters to pinpoint the exact room and floor of a person in distress. This not only increases the subjective feeling of safety among staff, it objectively also meets the stringent requirements of safety at work for what are known as "vulnerable" workplaces of individuals as those in prisons.

Innovative security systems increasingly enjoy keen interest not only in Germany - where Funkwerk is market leader in PECS - but around the world. While Germany is already quite advanced in the modernisation of its correctional facilities, other countries and regions still have some way to go. "We have already provided the first correctional facilities in countries in Middle and Central Europe with PEC systems. Now, our solutions are also increasingly in demand in Eastern Europe and neighbouring regions. With the introduction of TETRA particularly to securityrelated authorities, we see a market opening up that is worth millions," Funkwerk CEO Dr. Hans Grundner says affirming the potential.

Further information on Funkwerk AG is available at www.funkwerk.com.