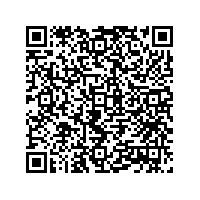 (PresseBox) ( München, 08-06-02 )
Fujitsu Services, one of Europe's leading IT services companies, today announced it has secured a further two year contract with the Environment Agency to continue to develop a managed service that protects the public from the risk of flooding. During this period, Fujitsu will assist the Environment Agency to evolve the system to meet the recommendations of the Pitt Review[1] into the floods of 2007.

The first change to the system in 2008 will be an enhancement to the existing manual registration process for residents to an online registration service - putting the citizen experience at the forefront of the service.

The Floodline Warnings Direct (FWD) system was designed and developed by Fujitsu in association with the Environment Agency and was opened up to the public at the beginning of 2006. It is a map based application, hosted in Fujitsu datacentres that allows the operational department of the Environment Agency to determine target areas for pre-defined warning messages. Fujitsu provides a fully managed service for the FWD application and the supporting infrastructure

FWD currently has approximately 330,000 registered users and has issued over 2.5 million calls since its launch. 99% of customers receive a call from FWD within 30 minutes of issue, with 95% within 13 minutes.

Steve Biddle, head of Flood Risk Process Management comments, "Approximately five million people in England and Wales now live in flood risk areas. The Floodline Warnings Direct system is the most advanced early warning system we have ever had - however - in an age where weather systems are becoming increasingly unpredictable, we are determined to continue to evolve the system to provide residents and services with as much advance warning of potential flooding."

Angela Scarlett-Marshall, account director at Fujitsu Services comments, "During the coastal floods of January 2008, over 279,000 calls were issued through the FWD system. A key requirement of our new contract is to assist the Agency with developments to the system to meet the recommendations of the Pitt Review into the floods of 2007, specifically in relation to dramatically increasing the general public's ability to register to FWD."

Fujitsu Services is a leading European information technology services company. Its business is helping its customers realise the value of information technology through the application of consulting, systems integration and managed service contracts. It serves customers in the private and public sectors across Europe including retail, financial services, healthcare and Government. With an annual turnover of £2.46 billion (€3.59 billion), it employs over 19,000 people across 20 countries. Headquartered in London, Fujitsu Services is the European IT services arm of the US$43.2 billion (€32.5 billion) Fujitsu Group. Visit uk.fujitsu.com for more information.