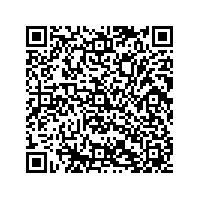 The contract was awarded as a follow-up project. Back in 2009, SSI Schaefer implemented a three-aisle automated high bay warehouse (HBW) for Budweiser with a direct link to production. At the time, the system layout was designed as a growing, future-proof solution that would accommodate the upcoming expansion.

The new project will see SSI Schaefer establish a second site at the brewery's headquarters, where the intralogistics specialists are creating a seven-aisle HBW with more than 19,000 pallet storage locations. Storage-retrieval machines (SRMs) from SSI Schaefer's latest Exyz generation will ensure quick, energy-efficient processes with more than 160 pallet stock additions and 280 pallet retrievals per hour. Furthermore, the existing installation constructed in 2009 is being incorporated into coordinated material flows with a nonreactive product transport. The production building and the new distribution center will be linked via a bridge over the street with an electric monorail system (EMS). In the new distribution center, an additional EMS with 21 vehicles will transport pallets between the HBW pre-zone and the dispatch area. The systems in the existing buildings will also be connected via a conveying system. In addition to roughly 730 conveying system components, SSI Schaefer is also installing a pallet checking station and empties checking function, a pallet changer, and a new material flow system. The in-house developed WAMAS® logistics software with WAMAS® Lighthouse will ensure transparent processes and user-friendly visualization of the system, while the configurable dashboards will make it possible to optimize material flows at any time.

Budweiser Budvar Brewery has long been one of the most successful beverage companies in the Czech Republic. Founded in 1895 under the name of the “Czech Joint-Stock Brewery”, it directly followed in the historical tradition of beer brewing in the town of České Budějovice (historical name Budweis), which dates back to 1265. In 2016, the brewery produced over 1.6 million hectolitres of beer, 60% of which was exported to 80 countries around the world. Budweiser Budvar Brewery participates in the total beer export from the Czech Republic by about one fourth. Budweiser Budvar Premium Lager is the brewery’s flagship product, being brewed using proven craftsmanship procedures and the best natural ingredients - i.e. Saaz hop cones, Moravian malt and pure water from Artesian wells. The production process as well as the ingredients used comply with the terms of the Protected Geographical Indication “Beer from Budweis”.

The SSI Schaefer Group is the world's leading provider of modular warehousing and logistics solutions. It employs over 9,500 people at its group headquarters in Neunkirchen, Germany, at more than ten domestic and international production sites, and at approximately 70 worldwide operative subsidiaries. Across six continents, SSI Schaefer develops and implements innovative industry-specific answers to its customers' unique challenges. As a result, it plays a key role in shaping the future of intralogistics.

SSI Schaefer designs, develops and manufactures systems for warehouses, industrial plants, workshops and offices. Its portfolio includes manual and automated solutions for warehousing, conveying, picking and sorting, plus technologies for waste management and recycling. In addition, SSI Schaefer is now a leading provider of modular, regularly updated software for in-house material flows. Its IT team, with a headcount in excess of 1,000, develops high-performance applications, and provides customers with in-depth advice on the intelligent combination of software with intralogistics equipment. SSI Schaefer's broad IT offering, including its own WAMAS® and SAP products, delivers seamless support for all warehouse and material flow management processes. Solutions from SSI Schaefer improve the productivity and efficiency of customer organisations - not least through the highly precise monitoring, visualisation and analysis of operational metrics for proactive intralogistics management.