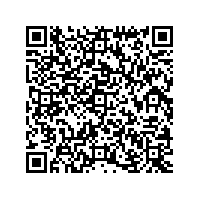 New technology and a bigger team for an important growth market

FRITSCH is Master Sponsor of the Modern Bakery Moscow 2010

(PresseBox) ( Markt Einersheim, 10-08-11 )
Just how important Russia and the countries bordering it are to a bakery machine producer like FRITSCH can be seen in a number of ways. One such sign is the fact that one of the biggest turnkey lines that FRITSCH has ever supplied from the kneading of the dough to the packaging is in Moscow. Another indication is that FRITSCH only recently expanded its Russian service team once again. And yet, perhaps the most obvious sign is the fact that FRITSCH has been attending the Modern Bakery in Moscow for twenty years now, every year without an interruption. What's more: this year the company will be there as a Master Sponsor.

As such, FRITSCH will have direct contact throughout all the phases of the fair and via a wide variety of marketing media to the approx. 12,000 trade visitors the event organizers expect to attend from 11 to 14 October 2010. Consequently, FRITSCH positions itself as market leader in Russia while, at the same time, profiting from the positive public perception of the Modern Bakery Moscow as the leading Russian trade fair for the bakery and confectionery business.

The company's good standing in the world of the puff pastry dough "Palmeras"" (pig ears) and "Tschebureki" is based on, among other things, the fact that FRITSCH can offer its customers bakery systems that can handle an overwhelming variety of possible baked goods -- including of course local, regional and national specialties -- with the highest degree of efficiency. Visitors can go to the company stand and see for themselves just how easy this is. The powerful pastry maker, the FRITSCH EUROLINE, will be on exhibit and demonstrating its talents to trade visitors in live performances of the baker's art. Among the wide variety of pastry types you will see produced: pig ears, turnovers with top seal and deco, punched semicircular baked goods, punched pointed baguettes and Chelsea buns produced by scissor pattern cutting device. A closer look at the new EUROLINE during one of these demonstrations will reveal that its pneumatic drive system has been replaced with an electrical one, and that the result is significantly reduced noise levels and, above all, an impressive number of strokes. Up to 80 punching and 150 cutting strokes per minute result in superb hourly output. A variety of special attachments make it possible for the baker to produce a vast range of pastry types. Another novelty is the EUROLINE's guillotine cutoff attachment that -- in the interest of uniformity and to avoid compression or stretching -- moves along synchronously with the dough sheet. The guillotine cutoff attachment also permits additional work steps like the simultaneous pressing function and other such features available only in systems at this performance level.

Joining the EUROLINE in Moscow will be a selection of the doughsheeting classic, the FRITSCH ROLLFIX, and the FRITSCH MULTILINE, the allpurpose continuous dough sheeter for perfect dough that fits in the tightest of spaces.

There will be more to see in Moscow than just bakery lines, however. Visitors at the FRITSCH stand can consult with company experts on all matters technical and technological. Moreover, since the newlyexpanded service team will be taking the opportunity of the Moscow fair to introduce itself, it will also be possible to discuss onsite any matters relating to service contracts, replacement parts and customer service questions.