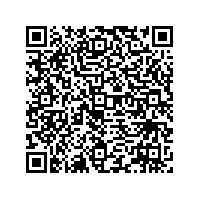 Market acceptance for Freescale's QorIQ P4080 product has been exceptionally strong. Numerous early-adopter customers have initiated product development with the P4080 device and OEMs from around the world have selected the P4080 for their systems. Freescale's P4080 design wins span all regions and multiple markets including router, media gateway, military/aeronautics, and 3G/4G wireless infrastructure applications.

The QorIQ P4080 features eight enhanced Power Architecture® e500mc cores. Each core has a dedicated L2 backside cache, sized for optimal performance, and access to a large frontside L3 cache. Full processor independence, including the ability to boot and reset each individual e500mc core, is a defining characteristic of the device. The cores can work as eight symmetric multiprocessing (SMP) cores, as eight completely asymmetric multiprocessing (AMP) cores, or they can be operated with varying degrees of independence with a combination of SMP and AMP groupings. This processor independence provides the system designer with significant flexibility in partitioning between control, datapath and application processing. The QorIQ P4080 also delivers high levels of hardware partitioning through an embedded hypervisor that simplifies development and enables safe and autonomous operation of multiple individual operating systems.

Freescale QorIQ communications platforms are the next-generation evolution of Freescale's leading PowerQUICC® communications processors. Built using high-performance Power Architecture cores, Freescale QorIQ platforms enable a new era of networking innovation where the reliability, security and quality of service for every connection matters. The Freescale QorIQ platforms and roadmap consist of five platforms (P1, P2, P3, P4 and P5) that include single-, dual- and many cores to offer customers a choice of solutions, whether they are ready to move to multicore today or want a smart migration path to get there in the future. For more information about QorIQ platforms, visit www.freescale.com/multicore.

Freescale Semiconductor is a global leader in the design and manufacture of embedded semiconductors for the automotive, consumer, industrial and networking markets. The privately held company is based in Austin, Texas, and has design, research and development, manufacturing or sales operations around the world. www.freescale.com.