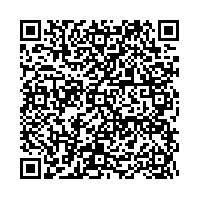 (PresseBox) ( Barcelona, 06-02-13 )
With multimedia content for mobile phones, portable media players and other wireless devices readily available, the ability to impart a cinematic video and audio experience relies heavily on the device's applications processor. With its i.MX applications processors, Freescale Semiconductor (NYSE:FSL, FSL.B) is delivering an innovative multimedia engine to meet the product needs of consumer electronic manufacturers, such as Toshiba, Techno and Kinpo.

The i.MX family of applications processors is finding a home in a broad range of wireless devices. Freescale's growing portfolio of high-resolution video codecs, multimedia engineering expertise and low-power innovation enables OEMs to bring consumers an audio and visual experience - typically reserved for home entertainment systems to their mobile devices.

"Mobile video is the next hot application for wireless handhelds and Freescale is fueling this trend with our i.MX family of multimedia processors," said Berardino Baratta, general manager of the multimedia applications division for Freescale. "i.MX brings the LCD screen to life with crystal clear video quality and vibrant, true colors for a cinematic viewing experience that consumers can enjoy on the go."

The i.MX31 and i.MX31L processors currently are shipping in volume. Learn more about Freescale's mobile entertainment processing solutions at: www.freescale.com/imx.

The i.MX31 and i.MX31L processors leverage Freescale's Smart Speed(tm) technology architecture, an intelligent integrative approach that uses hardware accelerators to offload the CPU and a crossbar switch to bring parallelism to the system. The 6x5 Smart Speedcrossbar switch nearly eliminates wait states. This results in fewer effective cycles per instruction (eCPI) required, enabling the i.MX31 processors to drive equivalent performance to processors with clock speeds up to 3 GHz, but without the power consumption penalty that goes with higher operating frequencies. The power and audio performance of Freescale's multimedia platform is complemented by the company's highly integrated Power Management and User Interface (PMUI) ICs.