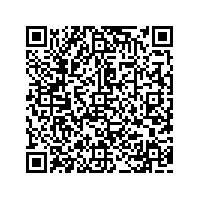 Subscribe to news
(PresseBox) ( Turin, 19-06-06 )
Sustainability consists of concrete gestures and it is for this reason that FPT Industrial, a Brand of CNH Industrial, decided to support Urban Forestry. This is a reforestation project of the Basse di Stura area, in the north of Turin, involves the planting of 1,000 trees of 32 native species typical of the forests and hedges of Piedmont. The four-hectare area has been planted with oak, poplar, willow, elm, ash, linden, maple, hawthorn and other shrubs. Basse di Stura will become an all-around sustainable area and it is estimated that this project will help reduce carbon dioxide by some ten tons annually.

The project was presented at the Basse di Stura park on June 5th, on World Environment Day, introduced in 1972 by the United Nations, to emphasize and recognize the Brand´s commitment to the environment and sustainability. Among the speakers at the event were Annalisa Stupenengo, Brand President of FPT Industrial; Sergio Costa, Minister of the Environment, Land and Sea Protection; Chiara Appendino, Mayor of the City of Turin; Alberto Unia, Councilor for the Environment of the City of Turin, and all initiative partners.

The goals of Urban Forestry are numerous. In fact, planting trees in the city helps absorb carbon dioxide, one of the fundamental actions in the fight against climate change. It is also paramount in protecting land, improving the microclimate, air quality and the livability of the city. Yet there is more: sustainability means creating a fun and recreational space for inhabitants as an overall strategy for urban regeneration.

»We have always had sustainability at heart and we work every day to design and produce engines that increasingly respect the environment, as well as through alternative and innovative propulsion systems. This is why we immediately embraced the Urban Forestry project», says Annalisa Stupenengo, Brand President of FPT Industrial. »We wanted to engage in a long-term project, a concrete gesture for the environment, the inhabitants of Turin and for the city itself, with which we have a deep bond. Urban Forestry is one of the many and important activities we have undertaken in this direction.»

Urban Forestry is a team effort between the FPT Industrial Brand, the Turin axles and transmissions plant, FPT Industrial Testing, the Municipality of Turin, the Region of Piedmont and IPLA, Institute for Woody Plants and the Environment, that planted and tended to the trees. On April 1st, Alberto Unia, Councilor for the Environment of the City of Turin, and Alberto Valmaggia, Councilor for the Environment of the Piedmont Region, signed the memorandum of understanding that triggered the activity. Works at the Basse di Stura park will continue until 2021. After the planting, there will be three years of seasonal checks on the state of the shrubs and the absorption of the emissions by the forest.

The project demonstrates FPT Industrial´s concrete commitment to the protection of the environment and adds to a series of activities to promote sustainability and local communities worldwide. These include Fishing for Plastic, thanks to which the Brand, with support from a fishing fleet from San Benedetto del Tronto, in the province of Ascoli Piceno, is committed to raising public awareness of the protection of seas from pollution, collecting and bringing ashore all plastic recovered during sea fishing. Furthermore, FPT Industrial is the sponsor of Christian Holstad´s work of art »Consider yourself as a guest (Cornucopia)», presented at the Biennale - International Art Exhibition in Venice, inspired by the constant news about the increasing pollution of the seas and oceans from all over the world and by the firsthand testimonies of the fishermen of San Benedetto del Tronto. The Cornucopia, an ancient symbol of luck and abundance, was made entirely with plastic waste, bringing to the surface a topical problem rather than leaving it hidden in the depths of the sea. As proof of its commitment to the environment, since 2017, FPT Industrial has supported Carpooling for its Italian and Spanish offices employees. This initiative for home-work journeys has involved 1,000 people, who have thus contributed to cutting 60,000 kg of CO2 emissions. At the beginning of May, "Bici Race" was launched, a program that encourages cycling to work, confirming that the Brand´s engagement in sustainability is strong and concrete.

FPT Industrial is a brand of CNH Industrial, dedicated to the design, production and sale of powertrains for on and off-road vehicles, marine and power generation applications. The company employs more than 8,000 people worldwide, in ten manufacturing plants and seven R&D Centres. The FPT Industrial sales network consists of 73 dealers and about 800 service centres in almost 100 countries. A wide product offering, including six engine ranges from 42 hp up to 1,006 hp, transmissions with maximum torque of 200 Nm up to 500 Nm, front and rear axles from 2 to 32 ton GAW (Gross Axle Weight). FPT Industrial offers the most complete Natural Gas engines line-up on the market for industrial applications, including engine ranges from 136 hp up to 460 hp. This extensive offer and a close focus on R&D activities make FPT Industrial a world leader in industrial powertrains.