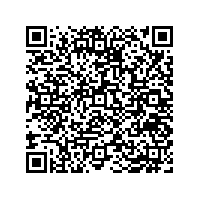 Richard Kirk, Fortify's European Director, says that the MoD admitted to the flaw on Tuesday, after it was alerted to the XSS problem by a journalist who had been tipped off by the hacker group, Team Elite.

"XSS vulnerabilities are often found in Web applications which allow code injection by malicious Internet users into the pages viewed by other users. Examples of these flaws include client-side scripts. An exploited cross-site scripting vulnerability can be used by attackers to bypass access controls such as the same origin policy," he said.

"Research by Symantec in 2007 (http://preview.tinyurl.com/3q9j7w) revealed that around 80 per cent of documented site vulnerabities were down to XSS security problems," he added.

According to Kirk, in many cases of an XSS-driven infection, the infected user is usually unaware his/her computer has been compromised, and is leaking information

This, is he explained, what makes XSS flaws so insidious, as - in common with other similar security problems - the flaw on the MoD Web site could have re-routed users to a second, infected portal.

Kirk went on to say that the XSS flaw only appears to have affected the MoD's A to Z index, but the good news is that the MoD Webmaster appears to have responded almost immediately to the Team Elite warning.

Team Elite's Maciej Bukowski posted details of the MoD site flaw late on Sunday and the MoD was alerted to the problem after Bukowski contacted the ZDnet newswire on Monday.

"Since Bukowski was responsible for revealing a similar flaw on the MI5 Web portal last month, it looks like the message has got through and the MoD reacted swiftly to the Team Elite posting, as soon as ZDNet alerted them to the problem," said Kirk.

For more on the MoD XSS security flaw:
http://preview.tinyurl.com/nu7kb2

projekt0708 is a Microsoft partner