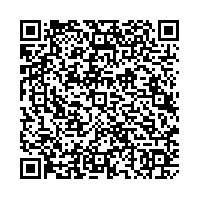 Subscribe to news
(PresseBox) ( Jülich, 09-06-24 )
PRACE, the Partnership for Advanced Computing in Europe, a consortium of the 16 leading supercomputing centers in Europe, will arrange a seminar for potential industry users in Toulouse, France, on 7.-8. September 2009. The seminar will focus on industrial needs and expectations of the future European High Performance Computing (HPC) Infrastructure.

During the seminar participants will receive first hand information about the planned PRACE research infrastructure, services and usage.

High Performance Computing is becoming more and more important for global companies that need to stay ahead of their competition - both in offering innovative products and services. Supercomputers are developing rapidly through the combination of technological advances and the rising stress of competition. This evolution requires continuous high investments. However, reports show that performance levels of the most powerful supercomputers used in industry are around six to seven years behind the world's fastest systems. The US is currently making a concerted effort to shorten this gap and to secure the leading position of its economy by granting industrial access to publicly owned supercomputers.

The seminar contains four parallel sessions which will allow participants to discuss about their needs and expectations regarding the PRACE infrastructure and services, such as organisation and business models, network and security, relations with independent software vendors and license cost and finally user support and training needs.

The four parallel sessions will allow participants to have in depth discussions on industrial needs and expectations about the upcoming PRACE Infrastructure and associated services.

Session 1 "Organisation and business models" will be dedicated to discussions on when and how industrial users could use the PRACE Infrastructure. Different usage models will be discussed: one model is "buying" CPU hours (On Demand Computing) for production purposes with strong SLA (Service Level Agreements); another is a collaborative R&D where industrial users are accessing HPC facilities for free with the condition of communicating on the results obtained.

PRACE second industry seminar "Europe goes HPC" is organized by GENCI and GAUSS with the sponsorship of Airbus and Grand Toulouse.

About PRACE: The Partnership for Advanced Computing in Europe (PRACE) is a consortium of the 16 leading supercomputing centres in Europe, which will create a world-class HPC Infrastructure from 2010 onwards, through a sustained program of continuous investment in new systems. In 2008 PRACE organized in Amsterdam a first industry seminar which gathered close to 100 executive attendees (CEO, CIO, CTO, R&D managers) representing 35 companies coming from 13 European countries. This seminar was a first opportunity to discuss with the attendees about the PRACE project and to gather their needs and expectations about the upcoming infrastructures and services deployed starting 2010 by the project. PRACE is a project funded in part by the EU's 7th Framework Programme.