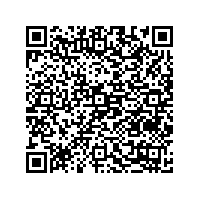 The second quarter of fiscal 2010 includes a pretax restructuring charge of $5.8 million, or $(0.12) per fullydiluted share, for severance benefits and the impairment of certain longlived assets. The restructuring charge is part of an overall cost reduction plan that includes a workforce reduction announced on June 16, 2010. Offsetting this charge is a benefit of $3.3 million, or $0.07 per fullydiluted share, for the rescission of severance arrangements previously provided to certain Livermore manufacturing personnel in Q1 2010. The rescission was also a part of the overall cost reduction plan and reflects the company's decision to discontinue plans for Korea manufacturing operations and slow its transition of certain manufacturing operations to Singapore.

Separate from these restructuring charges, the company also recorded an expense of $0.6 million, or $(0.01) per fullydiluted share, for severance agreements, including stock option modifications, with former executives.

"The increased demand for semiconductors has contributed to sequential quarterly revenue growth for our company," said Carl Everett, CEO of FormFactor. "We remain focused on improving our operating efficiency and returning to profitability. To do this, we continue to make adjustments to our company and products that will best serve our customers' needs."

The company has posted its revenue breakdown by region and market on the Investors section of its website at www.formfactor.com. FormFactor will conduct a conference call at 1:30 p.m. PDT, or 4:30 p.m. EDT, today. The public is invited to listen to a live web cast of FormFactor's conference call on the Investors section of the company's website at www.formfactor.com. An audio replay of the conference call will also be made available approximately two hours after the conclusion of the call. The audio replay will remain available until July 29th, 2010 at 9:00 p.m. PDT, and can be accessed by dialing (800) 642-1687 (domestic) or (706) 645-9291 (international) and entering confirmation code 86662040.

This press release highlights the company's financial results on both a GAAP and a non-GAAP basis. The GAAP results include certain charges that are excluded from non-GAAP results. By publishing the non-GAAP measures, management intends to provide investors with additional information to further analyze the company's performance, core results and underlying trends. FormFactor's management evaluates results and makes operating decisions using both GAAP and non-GAAP measures included in this press release. Non-GAAP results are not prepared in accordance with GAAP, and non-GAAP information should be considered a supplement to, and not a substitute for, financial statements prepared in accordance with GAAP. Investors and potential investors are encouraged to review the reconciliation of non-GAAP financial measures to their most directly comparable GAAP measures attached to this press release.

FormFactor and the FormFactor logo are registered trademarks of FormFactor, Inc. All other product, trademark, company or service names mentioned herein are the property of their respective owners.

Statements in this press release that are not strictly historical in nature are forwardlooking statements within the meaning of the federal securities laws, including statements regarding business momentum, demand for our products and future growth. These forwardlooking statements are based on current information and expectations that are inherently subject to change and involve a number of risks and uncertainties. Actual events or results might differ materially from those in any forwardlooking statement due to various factors, including, but not limited to: changes in the market environment, including the demand for DRAM and Flash memory devices and certain other semiconductor devices and the status and momentum of transitions to DDRIII and to smaller technology nodes; the company's ability to implement on a timely and efficient basis a cost reduction plan, including reductions in workforce and discontinuing of manufacturing activities in Korea, the company's ability to ramp its manufacturing activities and transition certain manufacturing activities to Singapore on an efficient and timely basis, the company's ability to improve operating efficiency and return to profitability, and to timely deliver new products that meet its customer's testing requirements and lower their overall cost of test. Additional information concerning factors that could cause actual events or results to differ materially from those in any forwardlooking statement is contained in the company's Form 10-K for the fiscal year ended December 26, 2009, as filed with the Securities and Exchange Commission ("SEC"), and subsequent SEC filings. Copies of the company's SEC filings are available at http://investors.formfactor.com/edgar.cfm. The company assumes no obligation to update the information in this press release, to revise any forwardlooking statements or to update the reasons actual results could differ materially from those anticipated in forwardlooking statements.