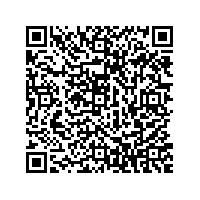 "The global economic slowdown has significantly reduced demand for semiconductor devices in general, and for memory devices in particular," said Mario Ruscev, CEO of FormFactor. "We have worked to align our operating plans and structure with the current business environment in order to improve our operating efficiency. We move into 2009 with a broad range of outstanding products and a firm commitment to innovation and continuous product improvement. Overall, we remain focused on increasing our customers' test efficiency."

The company has posted its revenue breakdown by region and market segment on the Investors section of its website at www.formfactor.com. FormFactor will conduct a conference call at 1:30 p.m. PST, or 4:30 p.m. EST, today. The public is invited to listen to a live web cast of FormFactor's conference call on the Investors section of the company's website at www.formfactor.com. An audio replay of the conference call will also be made available approximately two hours after the conclusion of the call. The audio replay will remain available until February 1, 2009 at 6:30 p.m. PST and can be accessed by dialing 888-203-1112 or 719-457-0820 and entering confirmation code 4718123.

FormFactor and the FormFactor logo are registered trademarks of FormFactor, Inc. All other product, trademark, company or service names mentioned herein are the property of their respective owners.