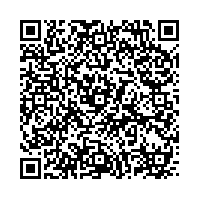 Subscribe to news
(PresseBox) ( Newtown, CT, 13-03-27 )
Forecast International is projecting that 4,796 medium/heavy military rotorcraft will be produced between 2013 and 2022. The Connecticut-based market research firm estimates the value of this production at $114.4 billion in constant 2013 U.S. dollars. The company defines a medium/heavy rotorcraft as one having a gross weight of6,804 kilograms(15,000 lb) or greater.

This anticipated decline is attributable to several factors. The budgetary environment in theU.S.and many other nations has become severe, and high levels of government debt are forcing officials to look for areas, such as military budgets, in which to reduce spending.

Meanwhile, a number of key military rotorcraft acquisition programs are well into their production runs and will soon run their course. Other programs have been stretched out, with smaller annual procurement lots. At the same time, few major new procurement programs have emerged that would help keep overall build rates growing. Order backlogs at manufacturers are declining. As the market shrinks, the competition among manufacturers for market share will become ever more fierce.

Beyond the forecast timeframe, the study points to theU.S.military's Future Vertical Lift (FVL) program as being especially important to the long-term future of the military rotorcraft industry. The FVL project involves the development and manufacture of a new rotorcraft family to meet futureU.S.attack, scout, and utility rotorcraft needs. Service entry is tentatively planned for around 2030. U.S.military acquisition of FVL-based rotorcraft, combined with possible export sales, means that the market potential for such a rotorcraft family is substantial. According to Forecast International senior aerospace analyst Raymond Jaworowski, "The contractor or contractor team ultimately selected to produce the FVL series could be in a position to eventually dominate the military rotorcraft market."