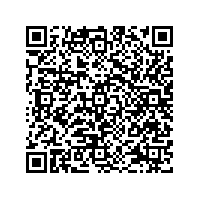 "We are delighted that through the Life Science Pitch Day, we have created a platform that supports start-ups in finding suitable investors. Furthermore, in hosting the Asset Lounge for the first time we are looking to bring together entrepreneurs and technologies with the aim of implementing innovative ideas and developments. Together with strong partners from the venture capital sector and industry, we are hoping to put companies with high potential on the right track and lead them to success," says Dr. Marianne Mertens.

Prof. Dr. Stefan Jaroch, Head of External Innovation Technologies at Bayer Pharma AG, is a partner of the event for the third time: "At the Pitch Day, we are seeking to initiate a dialogue with young entrepreneurs and investors in the life sciences sector. This complements our activities as an investor in High-Tech Gründerfonds and in managing the CoLaborator incubators in San Francisco and Berlin. We are looking to foster an exchange of ideas while offering our expertise," explains Jaroch.

At events like the Pitch Day, budding entrepreneurs are able to establish contacts with venture capital firms at an early stage – doing so in a very relaxed atmosphere at the IZB's Faculty Club. "We are always delighted whenever start-ups are subsequently able to successfully position themselves on the market," says Dr. Peter Hanns Zobel, Managing Director of the IZB, who is now guiding the fourth generation of biotech companies at the IZB. The network that the IZB has forged with the venture capital scene is delivering results, as evidenced by the remarkable financing rounds from 2016: "IZB companies were able to raise over EUR 51.6 million via financing rounds, funding and licence agreements in 2016," says a delighted Zobel.

High-Tech Gründerfonds invests in young, high potential high-tech start-ups. The seed financing provided is designed to enable start-ups to take an idea through prototyping and to market launch. Up to EUR 3 million in funding is available for each company. Investors in this public-private partnership include the German Federal Ministry of Economics and Energy, the KfW Banking Group and renowned corporate investors. High-Tech Gründerfonds has a total of about EUR 820 million under management in its funds (EUR 272 million HTGF I, EUR 304 million HTGF II, EUR 245 million HTGF III, first closing).

Bayer is a global enterprise with core competencies in the Life Science fields of health care and agriculture. Its products and services are designed to benefit people and improve their quality of life. At the same time, the Group aims to create value through innovation, growth and high earning power. Bayer is committed to the principles of sustainable development and to its social and ethical responsibilities as a corporate citizen. In fiscal 2016, the Group employed around 115,200 people and had sales of EUR 46.8 billion. Capital expenditures amounted to EUR 2.6 billion, R&D expenses to EUR 4.7 billion. These figures include those for the high-tech polymers business, which was floated on the stock market as an independent company named Covestro on October 6, 2015.

Merck is a leading science and technology company in healthcare, life science and performance materials. Around 50,000 employees work to further develop technologies that improve and enhance life – from biopharmaceutical therapies to treat cancer or multiple sclerosis, cutting-edge systems for scientific research and production, to liquid crystals for smartphones and LCD televisions. In 2016, Merck generated sales of EUR 15 billion in 66 countries.  Founded in 1668, Merck is the world's oldest pharmaceutical and chemical company. The founding family remains the majority owner of the publicly listed corporate group. Merck, Darmstadt, Germany holds the global rights to the Merck name and brand. The only exceptions are the United States and Canada, where the company operates as EMD Serono, EMD Millipore and EMD Performance Materials.

The Fördergesellschaft IZB mbH founded in 1995, is the operating company of the Innovation and Start-Up Center for Biotechnology located in Planegg-Martinsried and Freising Weihenstephan, which has developed into one of the top ten biotechnology centers in the world. Over 60 biotech companies with over 630 employees are located on the 26,000 m2 site. This is where work on developing medications against the most severe diseases such as cancer, Alzheimer's and various autoimmune diseases goes on - already with many successes. In the IZB Freising-Weihenstephan - located 15 minutes from the airport - scientists are working on developments in the life sciences. An essential criterion for the success of the IZBs is the proximity to top research on the campus Martinsried/Großhadern. Above all, the new infrastructure measures, such as the Faculty Club G2B (Gateway to Biotech), the IZB Residence CAMPUS AT HOME, the Chemistry College Elhardt, the two Kindergartens BioKids and BioKids2, as well as the two restaurants SEVEN AND MORE and Café Freshmaker have become decisive location factors. Successful companies that have arisen out of the IZB include, for example, Medigene AG, Morphosys AG, Micromet GmbH (now Amgen AG), Octopharma GmbH and Corimmun (now Janssen-Cilag)

Renolab is extending its certification