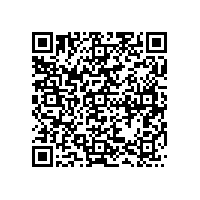 Subscribe to news
(PresseBox) ( Frankfurt am Main, 15-08-26 )
- Weaker business development in Q2 2014 burdening overall revenue in H1 2015; revenue level with EUR 86.6 mn below the previous year
- Earnings before interest and tax (EBIT) at EUR 13.7 mn in H1 2015; EBIT margin at 15.8%
- New production facility as a basis for further growth in coming years
- Management confirms guidance for the full financial year 2015

Today Firstextile AG (FT8) has published its financial figures for the first six months and the second quarter of 2015, reporting a dropped business development in the second quarter of 2015. Overall the strong start into the current fiscal year could not fully compensate the revenue decline in Q2 2015. Nevertheless, Firstextile expects its further business development in line with the 2015 guidance.

During the second quarter of 2015, Firstextile achieved revenue totalling EUR 39.6 million after EUR 59.6 million in the same period of 2014. This year-on-year development was due to a strong revenue decline in the Uniforms segment and Branded Products segment in the second quarter of 2015. Fred Yang, founder and CEO of Firstextile, comments the results: "After the positive start into the financial year 2015, reflecting the continuing high demand for our high-end fabrics, business development dropped in the second quarter of 2015 mainly due to the revenue slump in the Uniforms segment. But this is nothing to worry about: Since revenues in the Uniforms segment generally depend on relatively few large orders, a fluctuation in revenues quarter-to-quarter in this segment is not exceptional. Besides, we are as of today a pre-approved supplier for 25 government institutions and large state-owned enterprises. We are convinced that this will contribute to a sustainable and profitable business development in the coming years."

Furthermore, operations in the new production site have started in the third quarter of 2015. Fred Yang adds: "Firstextile is well equipped for the ongoing demand for high-end fabrics in the overall very attractive Chinese market. To exploit the huge opportunities in the domestic market, we almost completed the expansion of our production capacities. We are already able to increase weaving capacities by 50% due to installed weaving machines being ready for production."

In the Branded Products segment, revenue in the first half year of 2015 amounted to EUR 0.9 million (H1 2014: EUR 10.2 million) and therefore was below the revenue in the previous year's reporting period. The development is due to the unfavourable economic environment for the corporate gift business as an important part of this segment. Gross profit in this segment amounted to EUR 0.6 million in the first six months of 2015 (H1 2014: EUR 6.2 million); the gross profit margin still remained on a very high level of 68.6% in the first half year of 2015 (H1 2014: 60.3%).

As of today, the complete 2015 half year report can be downloaded from the company's website at www.firstextile.de, within the "Investor Relations" area.

Firstextile is the leading manufacturer of high-end yarn-dyed fabric in the Chinese market with a market share of approx. 9% in terms of volume in 2011. It also markets fabric and shirts specifically designed for uniforms used by Chinese government institutions and enterprises, as well as its own branded men's shirts with the brand "Firstextile" for the wholesale business. The company operates modern production facilities in Jiangyin near Shanghai, China, which is one of the main centres of the Chinese textile industry and it focuses particularly on high product quality. As the company already operates almost at its maximum capacity it plans to use the net proceeds from the successful completion of the IPO in November 2012 and further cash flows to double the current after-finishing capacity of 36 million meters to 72 million meters in order to meet future demand. At the same time, weaving capacity is intended to be expanded from short of 11 million meters to 27 million meters and dyeing capacity from 7,900 tons to 15,800 tons.