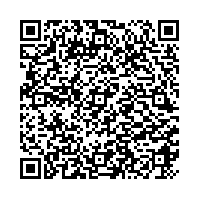 Subscribe to news
(PresseBox) ( Farnborough, United Kingdom, 09-02-27 )
Finjan Inc., a leader in secure web gateway products, says that 2008 cybercrime figures from Japan - details of which have just been published and show a 15.5 per cent year-on-year annual growth - do not bode well for e-crime in Western nations.

"Anecdotal evidence suggests that the volume and value of cybercrime has soared again in 2008 and, with the current economic recession, we fully expect the number of Internet scams, hacks and malware-driven infections to increase even faster in 2009," said Yuval Ben-Itzhak, Finjan's Chief Technology Officer.

This prediction, says the Finjan Chief Technology Officer, was exemplified recently when the Japlog.jp Web site - rated 41 in Japan and 382 worldwide by Alexa - was comprehensively hacked and, using a combination of obfuscated and ActiveX code, ended up infecting visitors with malware.

Within days of Japlog.jp being compromised, he added, the even more popular Livedoor.jp Web site - rated 6 in Japan and 70 worldwide by Alexa - was also compromised by cybercriminals.

"As our Malicious Code Research Centre team said after they had spotted the attacks, whilst the technique used on the Japlog.jp Web portal is a popular one amongst hackers, we cannot ignore the fact that two very popular sites have been infected in such a short period of time," he noted.

"As a result, companies, well as consumers, need to take extreme care to protect their staff, customer lists and financial data against cybercriminals," Ben-Itzhak added.

"The Japanese figures, which cover Internet-linked cases of fraud, illegal access, libel and threats, show that the incidence of cybercrime tripled between 2004 and 2008," Ben-Itzhak said.

"Delving into the figures reveals that, whilst cases of threats and illegal access increased by 90 per cent and 20 per cent, respectively, between 2007 and 2008, fraud dipped slightly by 0.3 per cent," Ben-Itzhak added.

Extrapolating these figures to European and North American markets is difficult, he says, as there are no directly correlating figures.

However, he adds, the fact that cybercrime is clearly on the increase in the Japanese market, a society which is big of personal morality, does not bode well for Western e-crime.

According to Ben-Itzhak, if you look at the most recent FBI Internet Crime Complaint Center statistics - which is the closest equivalent to the Japanese figures - the FBI said it received 207,000 complaints relating to almost $240 million of e-crimes perpetrated over the Internet in 2007.

This was, he says, the latest year for which data is available, but represented an increase of 20 per cent on 2006.

For more on the Japanese cybercrime statistics:
http://tinyurl.com/bm3enj

For more on Finjan: http://www.finjan.com

Malicious Code Research Center (MCRC) is the leading research department at Finjan, dedicated to the research and detection of security vulnerabilities in Internet applications, as well as other popular programs. MCRC's goal is to stay steps ahead of hackers attempting to exploit open platforms and technologies to develop malicious code such as Spyware, Trojans, Phishing attacks, worms and viruses. MCRC shares its research efforts with many of the world's leading software vendors to help patch their security holes. MCRC is a driving force behind the development of next generation security technologies used in Finjan's proactive web security solutions. For more information, visit our MCRC subsite.