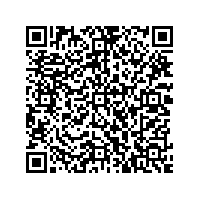 Subscribe to news
(PresseBox) ( Farnborough, United Kingdom, 09-06-24 )
Finjan, a leader in secure web gateway products and the provider of a unified web security solution for the enterprise market, has welcomed the launch of Anti-Malvertising.com by Google to assist its advertisers in spotting potential providers of malicious advertisements.

In total, 45857 unique malicious, advertising, and potentially unwanted programs were detected on users' computers in March 09 alone according to Kaspersky Security Network.

"The launch of the new site by Google is not before time, however, as we originally identified the problem way back in our Q1 2007 Web Trends Security Report," said Yuval Ben-Itzhak, Finjan's chief technology officer.

This tidal wave of malware has become so overwhelming, that even Google has created a custom search engine - Anti-Malvertising.com - designed to help ad network customers conduct quick background checks. It researches a variety of independent, third party sites that track possible attempts to distribute malware through advertising.

This is a trend that Finjan's MaliciousCodeResearchCenter has followed and reported on during 2008 such as the high-volume banner ad server that delivered infected banner ads to many of the 14,000-plus web sites registered to receive ads. The attack employed the random JS toolkit, a crimeware Trojan that infects the end user's machine and sends back information to the hacker.

"With the automation of crimeware, the rise in all malicious code will increase exponentially and endanger both an advertiser's brand as well as their customer's PCs," explained Yuval Ben-Itzhak, CTO of Finjan.

Advertisers will have to be vigilant to ensure that their ads are malware free both in the creation of the advertisements as well as the delivery.

For more on Kaspersky's report:
http://www.kaspersky.be/en/virus-news/monthly-malware-statistics-march-2009.html

With Finjan's award-winning and widely used solutions, businesses can focus on implementing web strategies to realize their full organizational and commercial potential. For more information about Finjan, please visit: www.finjan.com.