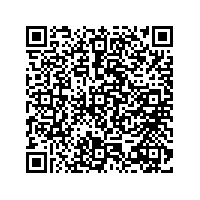 (PresseBox) ( Farnborough, United Kingdom, 09-06-17 )
Finjan Inc., a leader in secure web gateway products and the provider of a unified web security solution for the enterprise market, today announced that its Malicious Code Research Center (MCRC) managed to research a trading network and botnet, where compromised PCs are bought and sold for profit. In the second issue of its "Cybercrime Intelligence Report" of 2009, Finjan shows the operations of the Golden Cash network consisting of an entire trading platform of malware-infested PCs. The trading platform utilizes all necessary components (buyer side, seller side, attack toolkit, and distribution via "partners"). This advanced trading platform marks a new milestone in the cybercrime evolution.

By turning compromised PCs from a one-time source of profit into a digital asset that can be bought and sold again and again, cybercriminals are maximizing their illegal gains.

- On the buyer side of the trading platform, batches of 1,000 malware-infected PCs can be purchased for $5 up to $100; depending on territory
- Partners are paid for successfully distributing the bot and collecting FTP-credentials of legitimated websites through the infected PCs
- On the seller side of the trading platform, cybercriminals sell batches of 1,000 malware-infected PCs for $25 up to $500
- Compromised malware infected PCs may be infected with additional malware each time they are purchased by a new "owner"
- For attacks and exploitations, an exploit toolkit with obfuscated code and the Trojan Zalupko attack toolkit are provided

"As reported by Finjan before, cybercriminals keep on looking for improved methods to generate profit. In addition to stealing data and selling them on, they now also trade compromised PCs to as many buyers, sellers and partners as possible. Looking at the list of compromised PCs we found, it is clear that no individual, corporate or governmental PC is safe," said Yuval Ben-Itzhak, CTO of Finjan.

In the report released today, Finjan also indicates how organizations can detect and deal with infections, and how they can prevent their corporate PCs from being compromised and turned into bots.

Finjan's MCRC specializes in the detection, analysis and research of web threats, including Crimeware, Web 2.0 attacks, Trojans and other forms of malware. Our goal is to be steps ahead of hackers and cybercriminals, who are attempting to exploit flaws in computer platforms and applications for their profit. In order to protect our customers from the next Crimeware wave and emerging malware and attack vectors, Finjan MCRC is a driving force behind the development of Finjan's next generation of security technologies used in our unified Secure Web Gateway solutions. For more information please also visit our info center and blog.