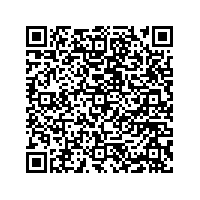 Subscribe to news
(PresseBox) ( Farnborough, United Kingdom, 09-03-04 )
Reports from the giant CeBIT Computer Fair, taking place in Hannover all this week, that the German government is calling security levels on the Internet 'catastrophically poor' have been confirmed by Finjan, a leader in secure web gateway products.

"Research from the BSI, the German Federal Office for Information Security, claims to show that Internet crime and sabotage are rising very rapidly, despite increasing levels of IT security understanding amongst Web users," said Yuval Ben-Itzhak, Finjan chief technology officer.

"BSI chief Hartmut Isselhorst told show attendees that the situation is now very serious and is far worse than anyone could have predicted. This analysis is confirmed by observations and research from Finjan's Malicious Code Research Centre," he added.

According to Ben-Itzhak, Isselhorst's claim that as soon a user goes online they become a target is quite valid.

If anything, he said, the BSI chief's observations on the state of cybercrime are quite restrained.

Our research, says the Finjan chief technology officer, has shown that there has recently been a significant increase in hybrid attack vectors, with hackers using a multi-pronged methodology to extract revenue from hapless Internet users.

It is also worrying, says Ben-Itzhak, to hear that Germany's Bitkom lobbying group has revealed that 19 per cent of German Internet users do not have any anti-virus software installed on their PCs, and 45 per cent are without a firewall to protect them.

The fact that one third of German Internet users have reported suffering some of financial loss due to cybercrime does not surprise me at all, he added, noting that Bitkom's prediction that social networking sites pose the most serious threat of all are also valid. Finjan's reports provide many examples of such cases.

"This is exactly why we recently upgraded our Secure Web Gateway product to include Web 2.0 security and control alongside multi-layered Web security, data loss prevention, content acceleration and application control, all in one appliance," he said.

For more on the CeBIT security research: http://tinyurl.com/aoqumz

Malicious Code Research Center (MCRC) is the leading research department at Finjan, dedicated to the research and detection of security vulnerabilities in Internet applications, as well as other popular programs. MCRC's goal is to stay steps ahead of hackers attempting to exploit open platforms and technologies to develop malicious code such as Spyware, Trojans, Phishing attacks, worms and viruses. MCRC shares its research efforts with many of the world's leading software vendors to help patch their security holes. MCRC is a driving force behind the development of next generation security technologies used in Finjan's proactive web security solutions. For more information, visit our MCRC subsite.