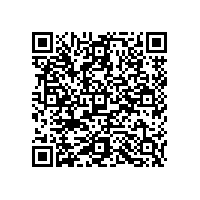 Subscribe to news
(PresseBox) ( Berlin, 10-10-22 )
Finetech are pleased to announce that both the "Micro Assembly" User Meeting which was held in Berlin and the first ever Finetech "Advanced Rework" User Meeting to be held outside Germany exceeded all expectations and can be considered a complete success.

This year's decision to offer two events and for the first time with a separate conference for SMD rework which was organized abroad was met with wide approval and declared as a positive move by Finetech customers.

Thomas Müller, Head of Sales Europe: "We are planning to attend the markets directly, so we do not only act from Berlin but go with our event to where demand is strongest. In the coming months we want to pursue this approach further and thus be even more responsive to the local needs of our customers. "

For the seventh time, 2010 saw Finetech invite attendees to return to the International User Meeting in Berlin. Against the background of the rework meeting in Hungary, the focus of the Berlin event this time was on issues of micro assembly.

Invitations to many high-profile speakers such as Mr. Michael Leers, Fraunhofer ILT, Dr. Graeme Maxwell (CIP) and Mr. Norbert Keil Fraunhofer HHI and the diverse range of topics covered were honored by the Finetech customers with a record attendance.

The balanced mix of presentations on current technology trends and applications, machine demonstrations, and hands-on opportunities with FINEPLACER ® assembly systems as well as numerous opportunities for personal dialogue were extremely well received. Attendees, which included a number of customers, were greatly attracted by the range of topics that were addressed in detail.

During the evening of the user meeting, attendees paid a visit to a museum which specialized in the history of Berlin. The visit to the nearby largest nuclear shelter of the German capital was the last of the numerous highlights of the day.

On 14 October 2010, at the invitation of Finetech and its Hungarian Sales & Service Representative Al-Bohacen Kft, many representatives of the Hungarian SMT industry as well as international visitors attended the "Advanced Rework" User Meeting which was held near Budapest.

In Törökbálint, just outside of Budapest, visitors could participate in a diverse program which hit the mark. The User Meeting hosted the Finetech specialists and external experts in presentations and discussions on current challenges in the SMD field.

Besides imparting basic knowledge of how to repair with hot gas and Finetech's approach of an Integrated Process Management (IPM) the event focused on complex rework cases such as 01005, Package-on-package or rework-on-flex, pushing most rework systems to their boundaries. During his highly acclaimed presentation, Idris Mansor (Jabil Malaysia) displayed the impressive competence of Finetech especially in these demanding applications.

Particularly well received was the detailed, practical content. The customers made extensive use of the opportunity to work the rework stations for themselves, to ask questions and discuss solutions.

The main focus here was the new compact hot gas rework station FINEPLACER ® core. Typical SMD repair steps were outlined during a live demonstration and users were given lots of tips on how to minimize risks and optimize processes.

The excellent feedback received by Finetech showed that the subjects covered were extremely well presented and highly relevant.

Finetech wishes to thank all of the guests in Berlin and Budapest and looks forward to a successful, ongoing partnership.

Finetech is a leading manufacturer of equipment for manual and fully automated assembly and repair high-precision assembly of electronic / optical components or construction and assembly of complex opto-electro-mechanical systems.

Its core business is the modular FINEPLACER ® systems that are characterized by maximum process flexibility in a variety of related technologies. Thus, different soldering and bonding technologies are just as ultrasonic and thermocompression bonding. Typical applications include the installation of laser and photodiodes, laser bars, VCSELs or MOEMS and the repair of very small (01005) to very large (45x45 BGA) SMD components. FINEPLACER ® systems are used primarily in the R & D, prototyping and small series production for use.

Finetech respond flexibly to specific requirements and offers tailored solutions for demanding customer applications. In addition to a worldwide network of representatives is Finetech represented in the core markets with direct subsidiaries and provides application support and consultation on site.

Finetech is headquartered in Berlin and has offices located in Arizona, New Hampshire, Shanghai and Kuala Lumpur.