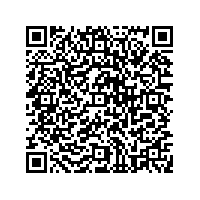 (PresseBox) ( Jodoigne, 10-10-14 )
The FDT Group announces that FDT Technology, a previously approved international standard (IEC 62453), has been approved by the ISA103 committee and is now pending as an International Society of Automation (ISA) and American National Standards Institute (ANSI) standard. Once approved, the value proposition of FDT that enables any fieldbus, device or sub?system specific software tool to be integrated as part of a universal life?cycle management tool for the American marketplace will be validated by two independent sources.

The ISA103 Field Device Tool Interface Committee was formed in 2006 to consider the adoption of FDT Technology as an ISA Standard. In May 2009, ISA 103 committee efforts were accelerated when FDT Technology was unanimously accepted by the International Electrotechnical Commission as IEC 62453. Since that time, the ISA103 committee worked to make the approved international standard available for approval by both the ISA and ANSI.

Adoption of the above standards will support the most commonly used protocols implemented in the process and factory automation industries today. "The team could not have picked a better time to approve standardization efforts with the large number of projects that are being planned to enhance productivity while reducing integration costs," says Verhappen. As a result of this effort, end users will have the freedom to choose best in class FDT based products allowing engineers access to their smart instruments in a rich graphical environment including tools that will allow users to make better use of

To confirm the strong acceptance of device integration based on FDT Technology, a public review of the standards has been submitted for adoption as an ISA/ANSI standard benefiting the US industry and its ability to better compete in the global automation and control community. Once complete, the ISA Standards and Practice Board will vote finalizing the ISA103 standard by December, 2010. Moving forward, the ISA103 committee will focus on keeping pace with FDT specification updates and the late 2011 maintenance cycle of the IEC 62453 standard. As FDT Technology moves along its future development path with additional enhancements such as FDT 2.0 and new annexes to incorporate additional communication protocols, the ISA103 working group will ensure that the pending ISA and American National Standard is maintained to support the automation industry and the American market. For additional questions regarding ISA103 standardization, please contact Linda Wolffe at lwolffe@ISA.org.

The FDT Group AISBL is an international non‐profit corporation consisting of over 70 leading worldwide companies active in process and factory automation. The major purpose of the FDT Group is to provide an open and non proprietary interface for the integration of field devices with engineering, automation and asset management systems. In this environment, end users, manufacturers, universities, and research organizations are working together to develop the technology, provide development tools, support and training, coordinate field trials and demonstrations, and enable product interoperability.