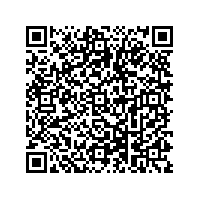 Accompanying the development of the rapidly growing Iranian CIT market

(PresseBox) ( Heidelberg / Tehran, 16-04-04 )
Sanctions lifted the Iranian CIT market will be liberalised and thus offers tremendously growing chances for business. The ongoing digitalisation will change all walks of life in Iran as well as the way of doing business which is again a strong motor for growth. Due to these two facts and the great success of the event in 2015 the 17th iran telecom innovations will become ever more important. Organized by the German trade show specialists fairtrade and their Iranian partners Palar Samaneh the event takes place on 25-28 September 2016 at the Tehran International Fairgrounds.

Sanctions lifted the Iranian CIT market will be liberalised and offers tremendously growing chances for business. The ongoing digitalisation will change all walks of life in Iran as well as the way of doing business. Organized by the German trade show specialists fairtrade and their Iranian partners Palar Samaneh the 17th international trade show on Innovative CIT Solutions takes place from 25-28 September 2016 at the Tehran International Fairgrounds.

Martin März, Managing Director of the German trade show specialists fairtrade outlines what to expect from the 2016 event: “There will be telco-halls presenting technologies for the Internet of things including Smart City, Smart Cars but also with all of the latest smartphones or tablets. In addition we will have B2B halls where OEM’s discuss business with engineers and on what is next on Iran’s agenda to modernize its CIT infrastructure.”

Already in 2015 the event was a great platform to launch innovations. More than 40,000 visitors came to discuss their business with 171 exhibitors from 11 countries. 98% of the exhibitors would recommend the fair to other companies and 97% of them were satisfied or very satisfied with the event. One reason for this: TCI-Telecommunications Company of Iran bought 50% of the technology and solutions displayed at the show.

Increasing IT spending and growing mobile penetration rates are boosting the Iranian IT services market which is forecasted to reach USD 2.8 billion by 2020. Moreover, IT captive management services accounted for a lion's share in Iran IT services market, followed by IT telecom, IT infrastructure services, and IT product development segments. This segmental trend is expected to continue through 2020. The government is increasing its focus on developing new technology parks across the country and this is anticipated to boost the market for CIT services in Iran in the coming years. (Source: TMCnet).

“There is quite a lot of enthusiasm among foreign companies in Iran’s telecom industry”, so Vahid Sadouqi, Head of the Mobile Telecommunication Company (MCI), the largest operator in Iran. MCI dominates 70% of the telecom market. Sadouqi added foreign companies “are seriously looking to purchase shares in MCI as a profitable company because, while world operators have seen revenues sharply decline over the past 10 years, MCI has continued to grow”. Iran’s second largest operator is MTN Irancell which possesses 28% of the market share. (Source: PressTV).

Based in Tehran Palar Samaneh has organised over 50 international trade fairs of major importance in Iran over the past 10 years. Having played an important role in the growth of the Iranian trade fair market, Palar Samaneh makes use of this knowledge for the benefit of its customers. In addition to their exhibition organization department its stand building unit serves individual exhibitors as well as country pavilions all over the Middle East and the CIS-countries.

fairtrade was founded by Martin März in 1991. Since long, fairtrade ranks among the leading organisers of professional international trade fairs in emerging markets, especially in North and Sub-Saharan Africa, Eastern Europe and the Middle East. Headquartered in Heidelberg, Germany, fairtrade's management system is ISO 9001:2008 certified. Being a member of UFI The Global Association of the Exhibition Industry, fairtrade organises events according to the UFI quality norms.