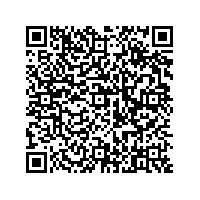 Subscribe to news
(PresseBox) ( Munich, 17-03-10 )
SorTech AG, a leader in innovative cooling solutions, is rebranding itself as Fahrenheit AG from March 14. At the same time, the company is launching an innovative technology which raises adsorption cooling to a new performance level.

The technology, based on zeolite crystals, allows for both energy efficient and climate friendly cooling. Among other benefits, it functions without toxic coolants. It is applicable in cars and data centers, for industrial processes, for buildings in hot climates, and even for agricultural cooling in countries like India, where more than 30% of produce is lost due to lack of cooling capabilities.

Compared to the previous silica gel based technology, zeolite increases cooling power several times over, with a smaller footprint and at lower cost. This technological breakthrough is a result of years of research and development by SorTech.

“A number of factors such as global urbanization, especially in warmer countries, and climate change, make cooling an increasingly critical challenge. Zeolite technology provides just the right answer,” explains Walter Mittelbach, CTO of the Fraunhofer institute spin-off. Matthias Hoene, CEO of the Munich based company with production facilities in Halle, adds, “Our relaunch signals both internally within the company and externally to the market that we are leading the way with zeolite and opening a new chapter in our company’s history.”

Zeolite technology will be presented to a professional audience from March 14 to 18 at ISH in Frankfurt.

Fahrenheit AG is the leading developer and manufacturer of adsorption technology and of products which create cold from heat. Fahrenheit's extensive know-how and patent portfolio on adsorption technology benefit customers by saving energy and cost, and they benefit the environment by avoiding emissions. The company's roots are in SorTech AG, which Walter Mittelbach founded in 2002 as a spin-off of Fraunhofer Institute for Solar Energy Systems. Fahrenheit is headquartered in Munich with manufacturing facilities in Halle, Germany.