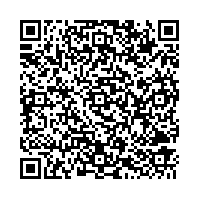 TEMIS, the Leader in Text Mining Celebrates its 10th Birthday and Continues to Expand

Subscribe to news
(PresseBox) ( New York, USA, 10-10-22 )
TEMIS today celebrates its tenth year as a company. In these last ten years, TEMIS has become the leader in Text Mining and Luxid®, its information analysis and discovery solution for the enterprise, is recognized as the industry trend setter.

In 2000, an international team of six researchers, consultants and executives from IBM who had previously brought to market the IBM first ever Text Mining product left Big Blue to create their own venture dedicated to Text Mining. TEMIS, acronym for "TExt Mining Solutions", was then created.

In 2003, TEMIS acquired the Xerox's business unit dedicated to linguistic software solutions. Thanks to this acquisition, TEMIS ensured its technological independence and leadership by integrating XeLDA®, a powerful multilingual engine for text analysis, while also strengthening its development team with a unique group of experts in computational linguistics.

At the end of 2005, Eric Brégand, previously Group Vice President, Products at Business Objects, was promoted to CEO of TEMIS to drive TEMIS' international expansion and strategy. In 2006, TEMIS merged its range of technologies into a single solution. TEMIS launched Luxid®, a fully integrated software platform for collecting, analyzing, discovering and sharing strategic information.

Today, Luxid® 5.2 is a robust, scalable and highly customizable product. Featuring multiple connectors and based on the open standard UIMA (Unstructured Information Management Architecture), it can be seamlessly integrated into all architectures. With its ever-growing library of Skill Cartridges®, Luxid® offers increasingly relevant analytics that easily adapt to any type of content, business domain and discovery scenario.

The market for unstructured data analysis has long been composed of about ten companies worldwide. The market underwent heavy consolidation starting in 2006, as several TEMIS competitors were acquired by software or publishing giants: Lexiquest by SPSS (then merged into IBM), Clearforest by Thomson Reuters, Inxight by Business Objects (then merged into SAP), Teragram by SAS, and more recently NStein by Opentext. As a combined result of this restructuring and its strong organic growth, TEMIS powered through and has now become the first Independent Software Vendor of Text Analytics.

Diversification as a deliberate strategy

TEMIS has always wished to stay focused on its core goal: knowledge extraction and information discovery from large sets of documents. Rather than dedicating itself to a single market or application, TEMIS is the first company to have successfully adapted its solutions to tackle diverse business needs (market intelligence, research and innovation, opinion mining, voice of customer) and to the specificities of several industries (homeland security, life sciences, enterprise, publishing).

Since its inception, TEMIS has been able to successfully expand its operations in strategic geographies. TEMIS is headquartered in Paris, has an active development center in Grenoble and Corporate offices in Heidelberg (Germany), London, Montreal and New York to serve its global customers. TEMIS international team of employees with over 10 nationalities contributes to its worldwide success.

A Privileged Relationship with each Client

TEMIS maintains close relationships with each and every customer of its prestigious list.

"In order to improve the relevance of our platform, we decided early in the process to base our architecture on Text Mining technologies. Since 2006, we have been collaborating fruitfully with TEMIS. Their solutions have fulfilled our expectations and their teams have been fully involved in our various projects. "

"We have used software solutions from TEMIS for a variety of both large and small projects over the past four years. Although their software offerings continue to be excellent, it is their first class technical staff that makes TEMIS standout in an increasingly crowded field."

"We had a strong need to enrich scientific and patent data with semantic annotations to speed up evaluation of project-related information. We have been using Luxid® since 2008 and developed a fruitful partnership with TEMIS. "

Looking Towards the Future

Winner of the GFII's software innovation prize iExpo in 2009 and of the SIIA's CODiE Award for the best solution for Business Intelligence and Knowledge Management in 2010, named a trend setting product of the year in 2009 and again in 2010 by KMWorld, TEMIS continues to innovate and lead the market by teaming up with the best partners and investing in new areas (specific extractions, sentiment analysis, Arabic language analysis, SaaS...).