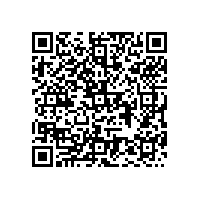 (PresseBox) ( Jerusalem, Israel, 12-01-26 )
Ex Libris® Group, a world leader in the provision of library automation solutions, is pleased to announce that version 21 of the Aleph® integrated library system has been released to the Aleph community of over 2,300 sites.

Among the release's 74 customer-driven enhancements are numerous features that reduce the total cost of ownership, such as improving cash workflows and simplifying renewals of serial encumbrances. Other enhancements will provide an enhanced experience for end-users-for example, users may make borrowing requests for multiple items, view their request history, and view availability information by collection.

Like all major Ex Libris product versions, Aleph 21 underwent intensive testing by customers as well as the Ex Libris team. Library staff from three continents convened at the Ex Libris product-development center to test the new features and enhancements and work directly with developers, to provide librarians and users with the best possible user experience. For this release, collaborative testers from Hampshire College (US), the University of Iowa (US), the University of Lisbon (Portugal), and the Weizmann Institute of Science (Israel) joined Ex Libris development and product management staff at Company headquarters.

"Version 21 has been thoroughly tested and is a very stable release," commented Michael Edwards, technical services librarian at Hampshire College and one of the collaborative testers. "As an acquisitions and serials person, I am particularly excited by the enhancement that enables us to renew serial encumbrances based on the prior year's payments instead of the prior year's encumbrances. In the world of radical price changes in serials, this method of establishing encumbrance amounts will much more accurately reflect the prices we see for renewals. I am pleased to see several other changes, such as additional functionality for the OPAC and circulation, as well as several performance improvements."

Silvia Lopes, information systems librarian at the University of Lisbon, noted: "The new features and enhancements implemented in this version seem to meet the real needs of customers and resolve some issues previously encountered."

"Aleph 21 is the result of ongoing collaboration with a large variety of institutions representative of the Aleph user community," remarked Carmit Marcus, Aleph product manager. "Many of the release's enhancements, which affect all Aleph modules, originated in customer requests and are on the list of functionalities that we have committed in the long term to including in future versions. We are currently working on Aleph 21.1, and the planning for version 22-the next major version of Aleph-is under way."

Ex Libris is a leading provider of automation solutions for academic libraries. Offering the only comprehensive product suite for electronic, digital, and print materials, Ex Libris provides efficient, user-friendly products that serve the needs of libraries today and will facilitate their transition into the future. Ex Libris maintains an impressive customer base consisting of thousands of sites in more than 80 countries on six continents.

Dedicated to developing creative solutions in close collaboration with customers, Ex Libris enables academic, national, and research libraries to maximize productivity and efficiency and, at the same time, greatly enhance the user experience. By empowering users to discover and obtain the information they need, libraries ensure their position as the bridge to knowledge.