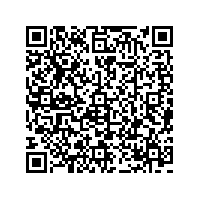 (PresseBox) ( Jerusalem, Israel, 12-07-11 )
Ex Libris® Group, a world leader in the provision of library automation solutions, is pleased to announce that Boston College Libraries have gone live with the Ex Libris Alma library management service. A development partner for Alma since its conception, this ARL library has played a central role in the evolution of the Ex Libris strategy for unified resource management (URM).

Having implemented the Aleph® integrated library system in 1999, Boston College took the first step toward unifying its library services by adopting the Primo® discovery and delivery solution in 2007. The libraries have now completed the transition to next-generation services by replacing the multiple systems previously used for managing its print, electronic, and digital collections with a single consolidated solution provided by Alma. Library services at Boston College are now being managed by two next-generation solutions: Alma, which offers unified resource management, and Primo, which provides users with a single discovery platform.

In addition, Boston College has moved its Ex Libris solutions to the company’s cloud environment. This transition to cloud services enables the libraries to devote their resources to providing a world-class research experience to users.

“This is a very exciting moment for Boston College Libraries,” commented University Librarian Tom Wall. “Our strategic vision for the Libraries encourages collaboration and innovation, two values at the core of Alma. We became development partners to help meet our strategic goals and to endorse our internal campaign to simplify and streamline all operations. Alma’s cloud-based architecture and networked design underlie our commitment to improving effectiveness and focus on improving the user experience. As a result of working so closely with Ex Libris, we were able to imbue our systems with maximum agility for today’s rapidly changing technology landscape and to embrace the ‘unified’ core of the URM framework.”

Boston College has played a fundamental role in creating, shaping, and enhancing Alma from its early stages. In keeping with its agile development strategy, Ex Libris released the Alma features incrementally over the last two years for testing by staff at Boston College and other development partners—a process that has come to fruition in the current move to production.

Bar Veinstein, vice president of resource management solutions at Ex Libris, remarked: “An institution with a history of leadership in library technology, Boston College was a Primo Charter Member and one of the first libraries in the United States to implement the discovery solution. We are honored and proud to see Alma in use at this prestigious university and to have had the opportunity to collaborate with the library staff over the last three years. We are now looking forward to the upcoming move to production by additional Alma development partners and early adopters.”

Boston College is one of the most prestigious research-focused universities in the United States, ranked 31st by U.S. News and World Report and 26th in the Forbes 2011 America's Best Colleges listing. Boston College confers more than 4,000 degrees annually in more than 50 fields of study through eight schools and colleges.

Ex Libris is a leading provider of automation solutions for academic, national, and research libraries. Offering the only comprehensive product suite for electronic, digital, and print materials, Ex Libris provides efficient, user-friendly products that serve the needs of libraries today and will facilitate their transition into the future. Ex Libris maintains an impressive customer base consisting of thousands of sites in more than 80 countries on six continents.

Dedicated to developing creative solutions in close collaboration with customers, Ex Libris enables libraries to maximize productivity and efficiency and, at the same time, greatly enhance the user experience. By empowering users to discover and obtain the information they need, libraries ensure their position as the bridge to knowledge.