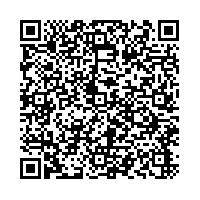 The command „Profile Match“ is actually a Matching Tool for 1D-applications. The command can detect a profile, shape or pattern, which has been taught-in before.

For example the command can be used for the inspection of weld seams or adhesive beads. The command checks if the taught-in profile matches the actual profile. In case the tool detects an error, it calculates how big the difference is.

The EyeVision 3D software has many commands measure in 3D point coulds.

The EyeVision 3D software now also has a tool for bin-picking.

It can detect objects in their position and send the information to the robot.

EyeVision 3D is especially suitable for “bin-picking”, which is one of the most required application in the industry to automate the production process. It is possible with EyeVision 3D to locate unsorted parts in a box and then for example pick the part up with a robot gripper and feed to a production machine. Also the picked-up part can be sorted into the machine in an exact determined position and rotation.

EyeVision 3D –How to view a point cloud in EyeVision

Learn how to view and handle point clouds in the EyeVision 3D software: in surface or color mode, or how to move the image to view it from different angles.

The "3D Object Trigger" command is triggering the image acquisition, so that a 3D sensor starts taking images only when an object appears under the laser line. The laser line actually is not switched off between the objects, but the captured images between the objects are discarded and therefore are no ballast for the working memory.

The EyeVision 3D image processing software has a special command set to scan profiles, to do measurements based on those profiles and check if there is an error on those profiles. As it is a 3D profile, this means that the point are not only captured in their x- and y-directions but also their position in z-direction. Therefore the scan can also generate a point cloud image in addition to the profile image.