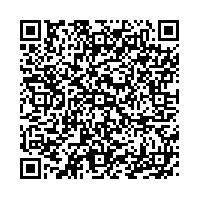 Polyphthalamide is renowned for its outstanding performance at high temperatures with excellent mechanical properties. It is used in areas where metal is being replaced as well as when other plastics, such as PA 6 and PA 66, can no longer fulfill the requirements. The material features very good dimensional stability and wear resistance. Because of its crystallinity the chemical resistance is exceptional. Thus VESTAMID®HTplus F1001 can be used in aggressive media and demanding environments.

As polyphthalamide is new to the field of filaments, Evonik announces the innovation that VESTAMID HTplus F1001 has been successfully extruded into monofilaments, which were then used to make special brushes. Preliminary tests with regard to heat resistance and mechanical properties were judged by the customer to be very promising.

With a melting point of over 320°C for the material the filaments are suitable for usage at elevated temperatures so that they can be used for thermally demanding applications. Monofilaments made from VESTAMID® HTplus F1001 show a stress at break of over 300 MPa as well as a strain at break of over 150%. Thus they can be used as bristles for specialty applications with highly demanding requirements. Other fields of application are mono- and multifilaments for filters, as reinforcements or as fabrics.

VESTAMID® HTplus F1001 was also our highlight exhibit during this year's Techtextil in Frankfort, Germany. The potential of PPA filaments was immediately recognized and received a great deal of attention.

Evonik has been producing various high-performance polymers for about 40 years and is well-known for its extrusion competency. For example, our VESTAMID® is the most widely used polyamide 12 in fuel lines worldwide. Our product range for manufacturing filaments comprises the VESTAMID® polyamides 12 and 612, polyamides based on renewable material named VESTAMID® Terra, PPA VESTAMID® HTplus, and VESTAKEEP® PEEK. In addition we produce polyimide P84® filaments and fibers and distribute Procon® polyphenylene sulfide filaments and fibres.

Evonik Industries is the creative industrial group from Germany which operates in three business areas: Chemicals, Energy and Real Estate. Evonik is a global leader in specialty chemicals, an expert in power generation from hard coal and renewable energies, and one of the largest private residential real estate companies in Germany. Our strengths are creativity, specialization, continuous self-renewal, and reliability. Evonik is active in over 100 countries around the world. In its fiscal year 2008 about 41,000 employees generated sales of about €15.9 billion and an operating profit (EBITDA) of about €2.2 billion.