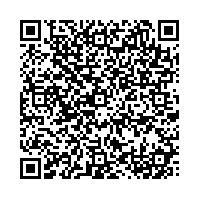 (PresseBox) ( Essen, 13-03-12 )
.
- Klaus Engel, Chairman of the Executive Board: "Evonik did very well in a difficult environment. 2012 was another successful year."
- Successful operating performance in 2012:


Organic sales virtually stable at €13.6 billion-6 percent decline
year-on-year mainly due to divestment of the carbon black
business
Adjusted EBITDA was €2,589 million and adjusted EBIT was
€1,953 million, both at a very good level; excluding the carbon
black business they were close to the previous year's records
Adjusted EBITDA margin was 19.0 percent, unchanged from the
previous year's excellent level


- Net income rose 15 percent to €1,164 million
- Capital expenditures increased considerably by 30 percent to €1,078 million
- Pace of innovation stepped up, R&D spending increased 8 percent
- Outlook for 2013: While the global economic situation remains challenging, sales are expected to be higher and the operating results are also expected to remain at the very good level reported for 2012

"2012 provided impressive confirmation of the success of the course we have embarked on. Our strategy and figures are right. Evonik did very well in an increasingly challenging economic environment," said Klaus Engel, Chairman of the Executive Board of Evonik Industries AG, at today's Financial Press Conference. Operationally, in 2012, Evonik was able to build on the record earnings achieved in 2011, greatly increased investment and also stepped up the pace of innovation. "We are ready for the next big step," said Engel with reference to the company's intention of seeking a stock market listing. "The strong interest shown by investors in connection with the private placements confirms the success of our growth strategy," he added.

In spring 2012, Evonik set up the "Evonik 2016" corporate program. All measures to support Evonik's profitable, sustainable and value-oriented growth are grouped in three areas of action: growth, efficiency and values.

Evonik intends to invest more than €6 billion between 2012 and 2016 as part of this growth strategy in order to expand its leading market positions. A considerable proportion of the growth projects will be implemented in emerging markets, so their share of Group sales should increase substantially in the future.

Significant projects include the construction of a new production complex for the amino acid DL-methionine in Singapore, which is scheduled to come into service in 2014. In China, Evonik is building new plants for hydrogen peroxide and organic surfactants, which should come on stream by year-end 2013, and a facility for isophorone and isophorone derivatives, which should be completed by 2014. In Brazil, plants are being erected for the amino acid Biolys® and for cosmetic raw materials, while in Argentina a plant for catalysts for biodiesel production is under construction. Engel: "In this way we aim to participate in the dynamic growth in the emerging markets in Asia and South America."

Through On Track 2.0 Evonik aims to leverage sustained cost savings of €500 million a year by the end of 2016. Measures had already been defined for half of this amount in 2012 and savings of more than €140 million had been achieved. "That is a strong intermediate result and underscores the broad acceptance of "Evonik 2016" within the Group," stressed Engel.

In light of the challenging business conditions in 2012, Evonik's performance was very good. Excluding the carbon black business, which was divested in July 2011, sales and the operating results in 2012 were close to the very good 2011 numbers.

Following a very good first half, organic sales growth weakened slightly in the second half of the year. Although selling prices were slightly higher (+1 percent), organic sales slipped slightly by 1 percent as a result of a slight decline in volumes (-2 percent, partly due to the volume shortfall following the incident at the CDT plant in Marl (Germany)). Group sales fell by 6 percent overall to €13,629 million (2011: €14,540 million). This was mainly due to the divestment of the carbon black business in July 2011.

The adjustments of €16 million are the net balance of non-operating income and expense items which by their nature are one-off or rare. They mainly consist of income and expense items that essentially cancel each other out and are connected with the restructuring of the photovoltaic business in response to tough competition, and the incident at the CDT plant in Marl (Germany). Further, the adjustments contain income from the quarterly revaluation of the STEAG options. Income before income taxes from continuing operations rose 4 percent to €1,612 million (2011: €1,543 million). Net income climbed 15 percent to €1,164 million (2011: €1,011 million).

Another attractive return on capital

The return on capital employed (ROCE) remained at an attractive level of 17.2 percent. The decrease compared with the previous year's excellent value (18.7 percent) was mainly caused by higher capital expenditures, which increased capital employed slightly but have not yet impacted adjusted EBIT. Thanks to the successful operating performance, the cash flow from operating activities from continuing operations was €1,420 million, in line with the previous year's high level (2011: €1,435 million).

Capital expenditures increased considerably, by 30 percent, to €1,078 million (2011: €830 million). The increase is mainly attributable to strategic growth projects, which Evonik either started in previous years or initiated in 2012. The net financial debt was €1,163 million, an increase of €320 million compared with year-end 2011. This was principally due to the transfer of €400 million to the contractual trust arrangement (CTA) to fund further pension obligations.

To strengthen its innovative capability further, Evonik raised research and development spending by 8 percent to €393 million in 2012. Examples of Evonik's latest R&D successes include new applications for feed additives and custom-tailored cosmetic ingredients. New products based on renewable raw materials and innovative insulating materials are geared to more efficient use of resources. Overall, Evonik increased the number of R&D projects to around 500.

Development of the segments in fiscal 2012

2012 was another very successful year for the Consumer, Health & Nutrition segment. Globally, it saw demand for its products grow so overall production capacity was once again well utilized. However, selling prices slipped slightly, especially in the second half of the year. Buoyed by higher volumes, the segment posted slight organic sales growth. Together with the positive effect of exchange rates, sales grew by 3 percent to €4,204 million. Due to the good volume development, the operating results were once again excellent. Adjusted EBITDA matched the previous year's level at €1,050 million and adjusted EBIT rose 1 percent to €924 million. The adjusted EBITDA margin declined slightly, but was still at a very high level, at 25.0 percent (2011: 25.7 percent).

Sales in the Resource Efficiency segment dropped by 23 percent to €3,131 million, principally as a result of the divestment of the non-core carbon black activities at the end of July 2011 and the colorants business at the end of April 2012. After adjustment for these factors and the positive currency effect, organic sales were only slightly lower than in the previous year. The drop in volumes was partly offset by slightly higher selling prices. The operating results declined, mainly because earnings from the carbon black business were included in the previous year's figures until July. Adjusted EBITDA therefore decreased by 14 percent to €655 million, while adjusted EBIT fell 15 percent to €517 million. The adjusted EBITDA margin improved from 18.9 percent to 20.9 percent for operational reasons and as a result of the divestment of the non-core businesses.

The heart of the Specialty Materials segment is the production of polymer materials and intermediates, mainly for the rubber and plastics industries. This segment comprises the Performance Polymers and Advanced Intermediates Business Units.

This segment's sales dropped 1 percent to €4,843 million. Positive currency effects essentially offset the organic sales decline. The production stoppage resulting from the fire at the CDT plant and lower demand, especially for methacrylates, resulted in lower volumes. Selling prices increased slightly as some of the raw material cost increases were passed on to customers. The operating results were below the very good level achieved in the previous year, mainly due to the demand-induced drop in volumes, the rise in raw materials costs and, in some cases, lower margins. Adjusted EBITDA decreased by 7 percent to €843 million, while adjusted EBIT fell 8 percent to €691 million. The earnings reduction caused by the production shortfall at the CDT plant has been offset to a large extent by insurance. The adjusted EBITDA margin dropped from 18.6 percent in 2011 to 17.4 percent in 2012.

The Services segment mainly provides services for the chemicals segments and the Corporate Center, but also serves third parties.

The Real Estate segment, which Evonik plans to exit entirely in the medium term, focuses on letting homes to private households in the German federal state of North Rhine-Westphalia.

Since January 1, 2012, the operational management of the Real Estate segment's property holdings has been assigned to Vivawest Wohnen GmbH, a joint venture of Evonik and THS that is recognized at equity. As a result of this accounting change, some of the sales previously reported by this segment are no longer included. This did not have a significant effect on the operating results.

Owing to this change, this segment's sales declined 42 percent to €239 million. The operating results, which comprise the at-equity earnings of Vivawest Wohnen and THS, were lower than in the previous year. In this context, it should be noted that earnings included special effects from the revaluation of deferred tax assets at THS (2012: €6 million, 2011: €20 million). Overall, adjusted EBITDA declined by 9 percent to €199 million, while adjusted EBIT slipped 10 percent to €154 million.

Evonik Group: Fourth quarter marked by deterioration in the economy

2013: Another successful year anticipated although the business situation remains challenging

The global economic situation remains challenging. At present, a rapid recovery of the global economy does not seem very likely. Moreover, the smoldering sovereign debt crisis in Europe is still causing considerable uncertainty that could hold back economic development.

Nevertheless, Evonik expects to report another successful business performance in 2013. While the economic situation will remain challenging, from the present vantage point, implementation of our first growth investments will make a positive contribution. Thanks to these new production capacities and rising demand, the Group expects sales to be higher in 2013, while the operating results should be in line with the very good level reported for 2012.

Evonik expects that, driven by higher demand, in 2014 sales and the operating results will be considerably higher than in 2012 and 2013. Based on the present assessment of the situation, this should be driven partly by higher production capacity, which Evonik anticipates will enable it to derive above-average benefit from the expected market growth.

Evonik, the creative industrial group from Germany, is one of the world leaders in specialty chemicals. Profitable growth and a sustained increase in the value of the company form the heart of Evonik's corporate strategy. Its activities focus on the key megatrends health, nutrition, resource efficiency and globalization. Evonik benefits specifically from its innovative prowess and integrated technology platforms.

Evonik is active in over 100 countries around the world. In fiscal 2012 more than 33,000 employees generated sales of around €13.6 billion and an operating profit (adjusted EBITDA) of about €2.6 billion.