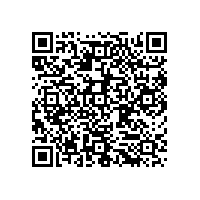 (PresseBox) ( Essen, 09-03-10 )
Those of us with children of elementary school age know how uneasy we are about sending our offspring unaccompanied to school on an autumn or winter morning-because it is often the little ones who are spotted too late, or not at all, by drivers and other motorists.In the first half of 2008, the number of accidents involving children on their way to school showed an increase over the same period of the previous year. In Germany, the number of notifiable accidents on the way to school in the first six months of 2008 was 61,666, and 31 of these were fatal. According to the Deutscher Gesetzlicher Unfallversicherung(German Social Accident Insurance), this represents a 4.3 percent increase in notifiable accidents. One of the main reasons for such accidents is the inadequate conspicuity of children in poor light or darkness.

Satchels normally come with reflectors on them to ensure the safety of the children in traffic. But these reflectors light up only in the direct beam of a headlight. And here is where an innovation from Hama, developed jointly with Evonik, comes into its own for improving the conspicuity, and therefore the safety, of school children even in unfavorable weather conditions. This is an electroluminescence kit, called"EL-Kit," which emits light and thus makes going to school much safer.The risk of an accident is lowered. The EL-Kit is very easily attached to a satchel, to which it is firmly anchored by a clip fastener.

The vital component of the EL-Kit is a special electroluminescent film incorporating a novel lighting technology that is already being used in automotive engineering and aviation. EL films are also used for backlighting of displays and in ambient lighting. The film consists of four functionally optimized layers: a conventional electric conductor (such as silver conductive paste), a dielectric, the actual light-active layer containing special luminous pigments, and the transparent conductive counterelectrode. An alternating electric field is applied across the two conductive electrodes, which stimulates the luminous pigments in the light-active layer to emit light. The decisive advantage of such electroluminescent films is the cost effectiveness of their production by the screen printing process.

In the Nanotronics Science-to-Business Center of Creavis, Evonik's strategic research and development unit, researchers have long been studying such functions in, for example, printable silver conductive pastes and indium tin oxide. "While doing this research, we got the idea of using EL films as an additional safety feature for children on their way to or from school," says Dr. Dieter Adam, a project manager in the Nanotronics Science-to-Business Center. The special properties of EL films make them excellently suited for the EL-Kit. They generate a bright two-dimensional light that is easily seen, even in fog, but doesn't dazzle. The improved conspicuity that this offers, even in conditions of poor visibility, is a vital advantage over conventional LED lights. Because the light source in EL films is cold, the EL-Kit does not heat up; moreover, its energy consumption is low, and its useful life is long. The EL-Kit is powered by two commercially available batteries, which can be replaced any time by rechargeable batteries. To further enhance the conspicuity of children, the EL-Kit emits a blinking, rather than a steady, light.

"Evonik and Hama have found an experienced distributor for marketing the EL-Kits," says Michael Schulze, head of marketing and sales at Creavis. Hama is known in the market for its innovative ideas. The ELKit is available in a variety of designs for Step by Step satchels. These designs can be very easily changed by releasing the turnlock fastener of the EL-Kit so that a child can select whatever motif he or she feels like. The EL-Kit can also be used on any other satchel. The EL-Kit has been enthusiastically received by the trade as a long awaited practical safety device for children.