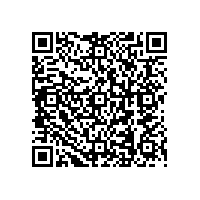 Evonik sets the course for polyamide 12

(PresseBox) ( Essen, 14-06-27 )
Evonik Industries has expanded its polyamide 12 production capacity at Marl Chemical Site by 5,000 metric tons, thereby increasing the supply security of its VESTAMID® high performance polymer material. In addition, preparations have begun for increasing the production of VESTOSINT® polyamide powder. For the further expansion of production, Evonik has developed an improved conventional process for producing polyamide 12. Significant progress was also made in the development of a butadiene- and CDT-free route.

For nearly 50 years, Evonik has operated a fully backward integrated plant for production of polyamide 12 at Marl Chemical Site, starting from butadiene, all the way through all precursors to the polymer. Originally a batch operation, the production facility was expanded to include continuous plants in the year 2000. The new expansion continues a policy of constant adaptation to market needs over the years. Powder capacities have also been continually increased.

"VESTAMID® is a sought-after material on the market. Substitutes, which were needed following the temporary outage of the CDT plant, have done well only in niche markets. We view it as our obligation to offer our core markets-above all, the automotive industry-the greatest possible supply security," says Dr. Michael Pack, the new head of Performance Polymers at Evonik since June 1, commenting on the growth strategy for polyamide 12 and the expansion of Evonik's market leadership.

The growth strategy is also underscored by the development of various technologies for the precursors of polyamide 12. On the one hand, Evonik now has a production-ready conventional route based on improved processes for an independent C12 line all the way to the polymer.

On the other hand, the biosynthetic route based on palm kernel oil-free from butadiene and cyclododecatrien (CDT)-is far advanced. The process results in ω-amino lauric acid, an alternative to petroleum-based laurinlactam, and yields an identical polyamide 12. The initial batches of polyamide from this precursor have already been successfully processed to pipes and tested. Samples for customer tests will be available soon. The process offers several advantages: 100% renewable raw materials as a basis for polyamide 12, identical product properties, and a simpler production process.

Further results from the pilot plant, which has been operating for over a year, will be the basis for the selection of the process for the next capacity expansion of polyamide 12.

Whether used in cars, sports, oil production or photovoltaics, Evonik produces a range of polyamide 12 products with custom-tailored properties, which have been adapted to the requirements of innovative, high-quality applications in close cooperation with customers for the last 50 years. On the market, the name VESTAMID® refers to the structural material polyamide 12, and VESTOSINT® for the coating powder from Evonik.

Evonik, the creative industrial group from Germany, is one of the world leaders in specialty chemicals. Profitable growth and a sustained increase in the value of the company form the heart of Evonik's corporate strategy. Its activities focus on the key megatrends health, nutrition, resource efficiency and globalization. Evonik benefits specifically from its innovative prowess and integrated technology platforms.

Evonik is active in over 100 countries around the world. In fiscal 2013 more than 33,500 employees generated sales of around €12.7 billion and an operating profit (adjusted EBITDA) of about €2.0 billion.