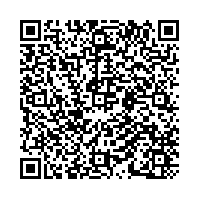 Subscribe to news
(PresseBox) ( St. Florian/Inn, 08-10-13 )
EV Group (EVG), a leading supplier of wafer bonding and lithography equipment for the MEMS, nanotechnology and semiconductor markets, today announced it has shipped its 100th nanoimprint lithography (NIL) system. The milestone shipment is significant not only for EVG -- which holds an approximate 30-percent share of market with the most NIL systems in the field -- but also for the industry overall, as it serves to highlight the significant growth of the global NIL installed base, which has more than doubled over the past four years.

"Nanoimprint lithography is an enabling technology for optical and microfluidic applications," noted Paul Lindner, executive technology director for EV Group. "With EVG's firm commitment to NIL development and commercialization, together with our industry-leading NIL products, including our EVG770 fully-automated NIL Stepper and EVG750 fully-automated Hot Embossing systems, we remain well positioned to benefit as these and other markets such as chemical and biosensor move into high-volume production."

EVG's 100th NIL system shipment further underscores the ongoing drive to broaden adoption of NIL processes. As a leading proponent of this effort, EVG founded the NILCOM Consortium in 2004. The mission of the consortium, whose dozen members span equipment, materials, processes and research, is to establish a high-volume NIL manufacturing platform that can be commercially deployed within a wide range of technology arenas, including nanoelectronics, optoelectronics, data storage and life sciences.

Recent successes in these areas have included NIL processes being used commercially in the optics market for CMOS image sensors, optical gratings and LEDs as well as commitment from the hard disk drive (HDD) market to employ NIL for their roadmaps in discrete track recording (DTR) and bit pattern media (BPM). These approaches are expected to be implemented in future generations of HDD products to enable data storage densities in excess of 10^12 bits/in^2.

In addition to its dominant share of the market for wafer bonders, EVG holds a leading position in NIL and lithography for advanced packaging and MEMS. Along these lines, the company co-founded the EMC-3D consortium in 2006 to create and help drive implementation of a cost-effective through-silicon via (TSV) process for major ICs and MEMS/sensors. Other target semiconductor-related markets include silicon-on-insulator (SOI), compound semiconductor and silicon-based power-device solutions.